By Jennifer Pernicano on July 18, 2016
Advertisement 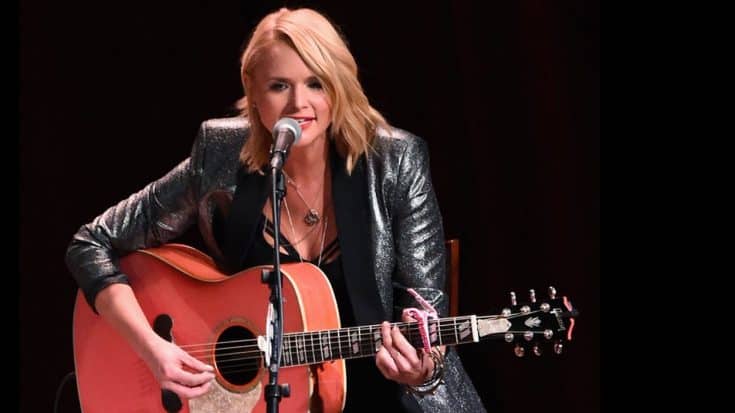 The wait is over!

Since her very public divorce from fellow country singer Blake Shelton, Miranda Lambert has not announced any new music until now, while he has released an entire album titled If I’m Honest.

Rumors of a new single began to circulate on July 13th when a radio station posted about the music on Twitter and revealed the title of the single will be “Vice”. The tweet has since been deleted, but not before many news outlets took screenshots.

Later that day, Lambert all but confirmed the news with an Instagram post that had no caption, but did portray a certain “vice”.

On July 14, she shared another photo on a record playing with the word “Vice” on it.

In the single, she sings about all different kinds of vices from men, to alcohol, to music, to goodbyes.

The lyrics, “Another vice, another town/Where my past can’t run me down,” stood out to us due to recent events.

Lambert had a few businesses in Tishomingo, Oklahoma, where she resided with her ex-husband. She recently closed the Pink Pistol, her boutique in the small town, and Shelton revealed that he bought the building that housed it.

Her bed & breakfast, The Ladysmith, has also closed down and Shelton was spotted on the rooftop days later with girlfriend Gwen Stefani. Looks like she is going to another town where her past can’t run her down.

Listen to her talk about “Vice” below.

And make sure you listen to the single below!