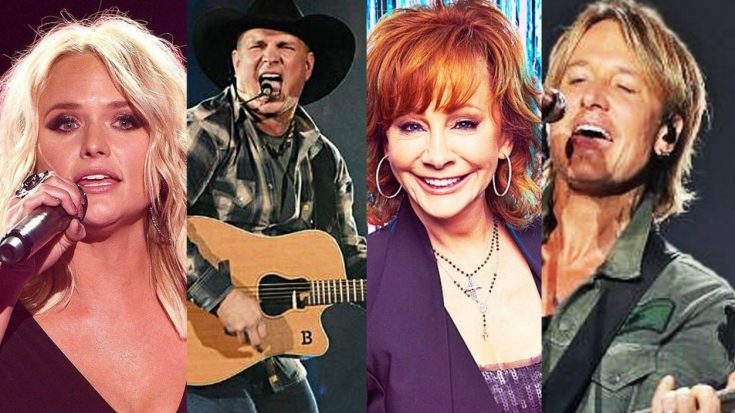 Lambert responded to the nominations on social media with a celebratory photo and a heartfelt thank you.

Good mornin! At the farm celebrating the @cma nominations over coffee with 7 of my best friends. I'm so thankful. Especially after an emotional week in my home state. Country Music and animals is are my absolute life and my heart. Thank you fans,friends, family and Nashville for always supporting me. Now off to put some Bailey's in this Folgers cup! Why not? Cheers y'all! #bestpartofwakinup ????? #texasstrong #furryfriends

A fact that can’t go unnoticed is that no female artists were nominated for Entertainer of the Year and most of the other categories contained mostly male nominees. The nominations are a testament to the tough time that female artists have had in recent years.

And, for the second straight year, Blake Shelton and Jason Aldean were snubbed by the CMA.

Another fact worth noting is that former CMA Entertainer of the Year Taylor Swift was nominated for Song of the Year for her song “Better Man,” recorded by Little Big Town.

The 2017 CMA Awards are scheduled to air on Wednesday, November 8 on ABC, with Brad Paisley and Carrie Underwood returning to co-host for the tenth consecutive year.

Little Big Town, The Breaker
Chris Stapleton, From A Room: Vol. 1
Lady Antebellum, Heart Break
Jason Isbell and the 400 Unit, The Nashville Sound
Miranda Lambert, The Weight of These Wings