Miranda Lambert Reveals The Heartbreaking Truth Behind Her New Album 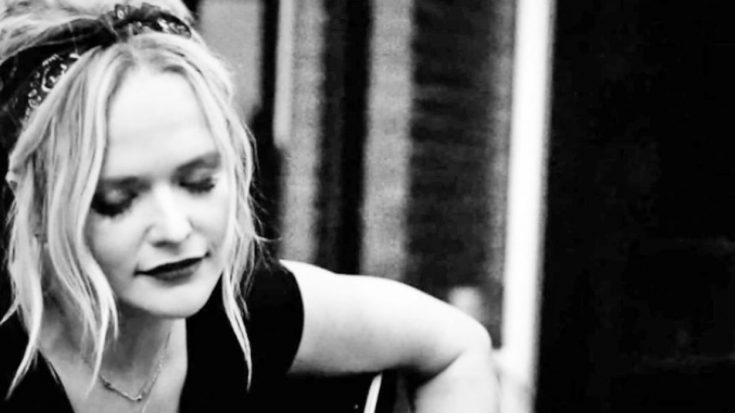 Following one of the most difficult times in her life, Miranda Lambert released her highly anticipated two-disc album, “The Weight of These Wings.” The album was the result of over a year of work, making for one her most personal and heartbreaking records to date.

The 24 tracks were divided into two separate discs, “The Nerve” and “The Heart.” In a newly released video uploaded to Lambert’s Instagram, she revealed the reason she chose to make the album a double-feature.

After her divorce from fellow country singer Blake Shelton, Lambert made her return to Nashville and quickly lost herself in songwriting.

“There’s a lot of reasons it’s a double-album,” she said. “Number one, I moved to Nashville after not living here for ten years…When I got here, I had a lot of fuel and I was going through probably one of the hardest times of life, so what better to do than use that pain for your art, and so I just dove in as hard as I could and I wrote about 72 songs and these 24 showed themselves to be what needed to be said right now.”

Lambert had a heavy hand in the writing of the 24-tracks, with a co-writing title on all the songs and the solo writer on her current single, “We Should Be Friends.”

There’s a lot of reasons why #TheWeightOfTheseWings is a double album. I wrote 72 songs for this project. I had a lot of fuel. But these 24 songs showed themselves to be what needed to be said right now.