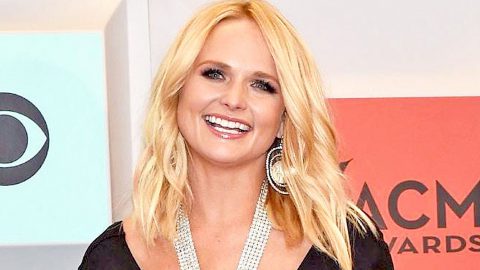 Anyone who knows anything about the “We Should Be Friends” singer knows that she has a soft spot for animals. In 2009, Lambert and her mother founded the organization MuttNation Foundation, which works to help animals through various efforts. The organization also runs a shelter called Redemption Ranch in Tishomingo, Oklahoma.

Lambert is the proud mama of a whole bunch of rescue pets, especially dogs. She has seven right now, including one sweet pup named Delta. As Lambert’s trusty companion on tour, Delta is always there to cheer her up after a long day at work.

Sunday feels…. Thank you Reading PA, Charlottesville VA, and Charleston SC for making this weekend one I won’t forget. I had the best time with all of you. I enjoyed your beautiful weather & happy people! Love to all of you????. We’ll be back! Delta said thanks too. She is tuckered out! #theweigtofthesewings #tourlife #muttsandwings #highwayvagabondtour #muttsontour

Lambert’s little brood doesn’t stop at her seven dogs. She always seems to have the room to add a few more members to her family.

On Tuesday (February 28), Lambert announced that she was happy to introduce not one, not two, but three new furry family members to her fans. Along with her boyfriend Anderson East, Lambert visited the Maury County Animal Shelter in Columbia, Tennessee and ended up bring home three cuddly cats!

Lambert shared some photos of her new feline friends in a collage that she posted on Instagram. She revealed that East picked out all of their names, and we’d say that he did a good job! The kitten is named Bobbi McGee and the two grown cats are named Nick Saban and Bear Bryant. How cute!

The cat’s outta the bag… We have 3 new feline farm hands! Bobbi McGee (the kitten), Nick Saban and the big boy, Bear Bryant. So happy to have new farm friends. Thanks to the Maury County Animal Shelter in Columbia TN for being so kind and helping us adopt 3 new shelter pets! You guys were super and your shelter was so nice. Go check them out. And don’t forget, love a shelter pet!! #bamaboynamedthem #dontforgetloveashelterpet #rolltide #muttnation #adoptlocally #felinefarmhands

It sounds like Lambert’s new family members will get to enjoy their days out on her farm in Tennessee. They’ll be in good company there, since Lambert’s four big dogs live on the farm as well.

We’re so happy for Lambert that she found three adorable new family members! You can watch her with another one of her furry friends in her music video for “We Should Be Friends” below.