Miranda Lambert’s MuttNation Foundation Heading To Houston To ‘Give Relief’ 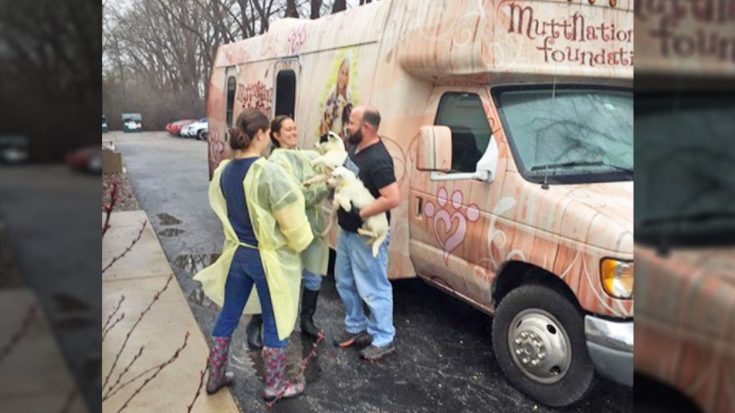 The entire country’s thoughts and prayers have been with the people of Houston following the landfall of Hurricane Harvey. The city, as well as surrounding areas, have seen upwards to 24 inches of rain and 130mph winds.

Not only are people forced out of their homes to take shelter, but many animals have been lost or left behind. Police have even stepped in to help move cattle to higher ground just outside of Dayton, Texas.

Not only are the cattle needing help, but people’s pets have been misplaced and shelters are trying their best to make space for all the animals they plan on arriving.

Since the influx of animals may be too much to handle, country superstar Miranda Lambert has sent her charity, MuttNation Foundation, down to Houston to help.

In a Facebook post, MuttNation announced, “Our team is headed South! It was important to our AMAZING founder, Miranda Lambert that we do our part for her home state! We are headed to Houston to give relief to municipal shelters. We will help transport any animals currently in shelters so that there is room for displaced animals from Hurricane Harvey! Plus any other support we can offer!!!“

Lambert has a huge heart, and being from Texas, this hurricane has broken it. She took to Twitter early Monday morning (August 28) to send her love to her home state.

What an amazing thing MuttNation is doing to help the animals affected by Hurricane Harvey! We will keep the workers in our prayers, as well as all the victims of this horrible disaster.

If you’d like to donate to help Muttnation’s efforts, click here. Watch Lambert talk about the Muttnation Foundation in the video below.

Miranda talks about the foundation.