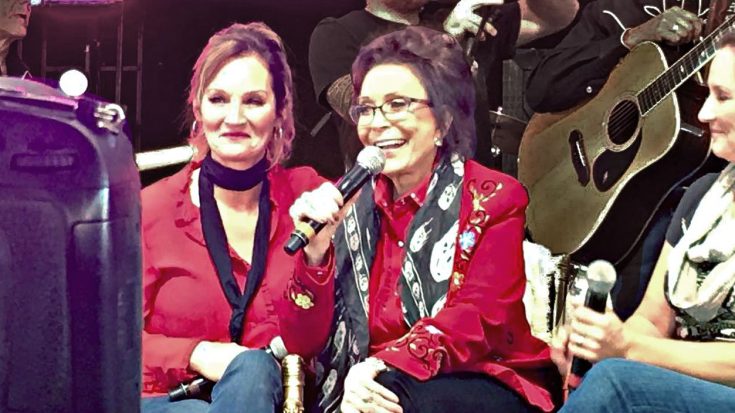 For the very first time since suffering a terrifying stroke in May 2017, this classic country songstress and musical legend took to the stage at her very own ranch for an event that is very dear to her.

Loretta Lynn and her team first revealed in May that the longtime singer had suffered a stroke and subsequently wouldn’t be able to perform. Her concerts were canceled and details surrounding her condition were few and far between. Eventually, her team spoke out saying that doctors expected Lynn to make a full recovery but didn’t know how long it might take.

Announced just a couple months prior, Loretta Lynn’s Ranch stated that it would be hosting the Tennessee Motorcycles and Music Revival event. It was later revealed that Lynn planned on making her first public appearance during that same weekend at The Ranch.

True to her word, Lynn appeared on stage next to The Lynns and sang several of her signature songs and biggest hits!

Beaming with a smile and donning a pair of glasses, Lynn looked better than ever during this rare performance and she sounded great belting out some of the crowd’s country favorites!

Watch the video of Loretta Lynn and The Lynns performing during the Tennessee Motorcycles and Music Revival in the video below.