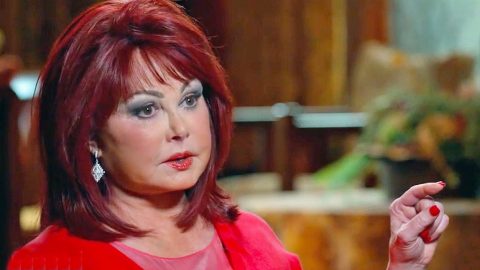 To this day, The Judds are still regarded as one of the most successful duos in country music history. But that success has not come without its fair share of challenges.

It’s no secret that Naomi and Wynonna have had a rocky relationship over the years. As Naomi told Good Morning America in an interview that aired on Tuesday (December 6), the two of them are “still a little estranged” from each other at the moment.

Naomi explained that throughout her career, she has struggled with mental illness, saying she was eventually diagnosed with severe depression.

“They see me in rhinestones, you know, with glitter in my hair, that really is who I am,” she said. “But then I would come home and not leave the house for three weeks, and not get out of my pajamas, and not practice normal hygiene. It was really bad.“

Throughout her struggles, Naomi said she often visited her youngest daughter, Ashley, to work out at her house. But she said her relationship with Wynonna has been a bit more complicated.

“Through the decades, we kind of grew up together and I’m always telling her, ‘If I’d known better I would’ve done better,’” she said.

Opening up, Naomi revealed the reason why she’s currently estranged from Wynonna:

“I love her but there are just times we need a break from each other…And that happens with mother, daughters. If she sees this, and I hope she does, ’cause the smartest thing is for all of us to feel known, no matter what’s goin’ on. Be truthful. I think she’ll say, ‘Good for you, Mom, for finally being willing to talk about the bad stuff.'”

You can tune in below to watch Naomi’s full interview with Good Morning America.

Even though Naomi and Wynonna have grown apart right now, it seems that Naomi holds hope in her heart that they’ll be able to be close again someday. It must have been hard for Naomi to open up about all of this, and we admire her strength for doing so.