By Manly Bryant on September 22, 2016
Advertisement 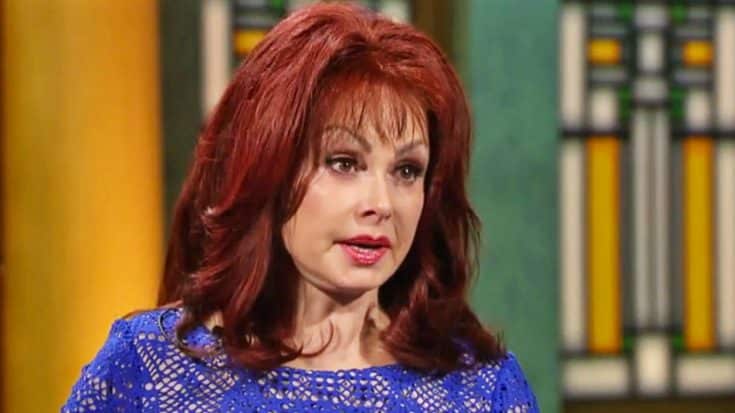 The matriarch of country music confesses that she’s endured an unimaginable amount of pain through years of battling various mental illnesses and has come out a better, happier, person through it all.

In a new post to her Facebook page, Naomi Judd – one half of country music’s most notable female duos ‘The Judds‘ – says that she wants to share something that she’s been working on for a while. Her new book.

“[The book is] about living with severe treatment-resistant depression, marked with terrorizing panic attacks, nightmarish flashbacks from childhood trauma, harrowing pharmaceutical drug poisoning, and years of psychiatric hospital treatments,” Naomi explains, adding an excerpt from the new literary work to the post.

While many people may not have known about her struggles with mental illnesses, she explains everything about her ‘troubled past’ in her new book River of Time, and reveals how she fought through it all to become a stronger, healthier person.

“My story isn’t one of a victorious recovery from debilitating mental illness, but of a wary and humble gratitude for persevering through thirty terrifying months. “I’ve gained an appreciative hope and, in the past year, an ongoing purpose for living once more. And, because I have survived and found peace, I feel a responsibility, as a messenger, to share what brought me hope and what’s kept me alive,” the excerpt reads.

Sharing the same name as one of her chart-topping albums, River of Time is set to be released on December 6th, 2016 and shares with the world a ‘devastating personal story’ about depression and its paralyzing affects.

Watch Naomi and Wynonna Judd sing their beautiful song “River of Time” in the video below.