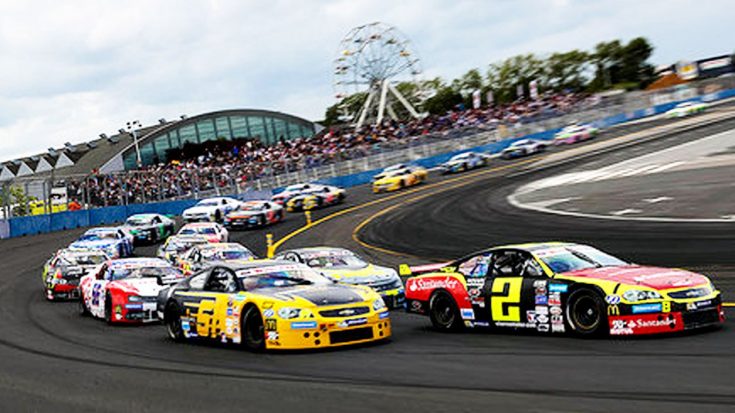 All series races at the track have been cancelled and NASCAR has terminated its relationship with the speedway after a series of FBI arrests.

In a short, one-sentence statement from NASCAR, they have officially terminated their relationship and removed sanctions from the New London-Waterford Speedbowl after a year-long FBI investigation resulted in the arrest of the track owner.

According to The Hartford Courant, NASCAR has also cancelled the scheduled race for July 22nd, 2017 and will not be holding future races at the track due to the dissolved relationship.

NASCAR’s choice to terminate its relationship with the New London-Waterford Speedbowl means that it will not be recognized in the NASCAR Whelen All-American Series or the NASCAR Whelen Modified Tour Series and will lose its insurance as part of NASCAR’s sanction bundle.

The track, which was scheduled to hold a points race as part of the NASCAR Whelen Modified Tour, has been pulled from all official schedules after the owner, Bruce J. Bremer was taken into custody by the FBI on charges of human trafficking.

Bremer, 63, was arraigned in Superior Court last week (March 30th), along with two others who were also arrested as part of the FBI’s ongoing human trafficking investigation.

In a separate report by FOX 61, they report that police state the three men exploited mentally-disabled young men and took part in the human trafficking operation.

Current track officials state that the scheduled Blastoff Weekend event will still happen in light of the arrests.

Watch the full news report below and let us know what you think in the comments.