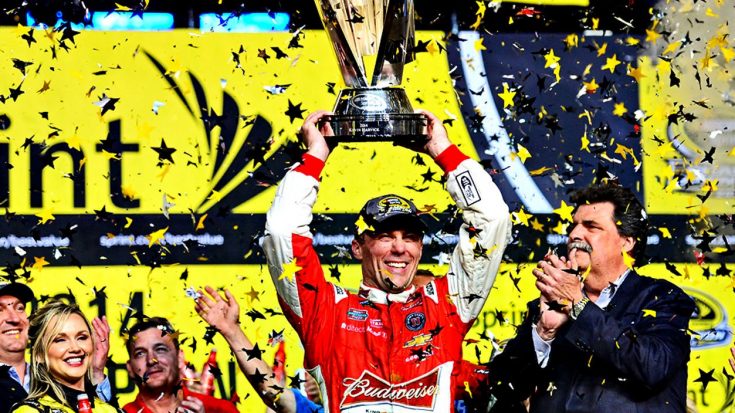 For more than 45 years, NASCAR has held the premier series Cup races and fans have flocked to the tracks to watch these legendary races, but according to several new reports, this all may change.

Since 1971, NASCAR has held onto the “Cup” name for its premier racing series and the name also includes the sponsor, but changes every so often. It has been called the Winston Cup, the Nextel Cup, and is currently named the Sprint Cup, but that too will change soon.

According to a report published by Adam Stern of SportsBusinessDaily.com, NASCAR will be getting rid of the “Cup Series” and replacing it with another moniker as their premier racing series.

In principle, the series will remain the same, but the naming scheme will be revamped with a new sponsor and a new title – but that leaves fans wondering if they’ll still give out a cup trophy or will they reconfigure this too?

Stern notes that this change hasn’t been officially announced by NASCAR yet, adding that it “would represent a notable brand change” if the change does take place.

NASCAR declined to issue any comment on the matter, which in some analyst’s eyes, means that they’re mulling over the decision.

Currently the racing organization in talks with various replacement sponsors for the ‘Sprint’ Cup Series and a rumor has come up that they are close to sealing the deal with Monster Energy.

Stern speculates that this alleged partnership could result in a new “Monster Energy Series”.

Watch the video below of several unexpected Sprint Cup Series wins over the years and let us know what you think of this change in the comments!