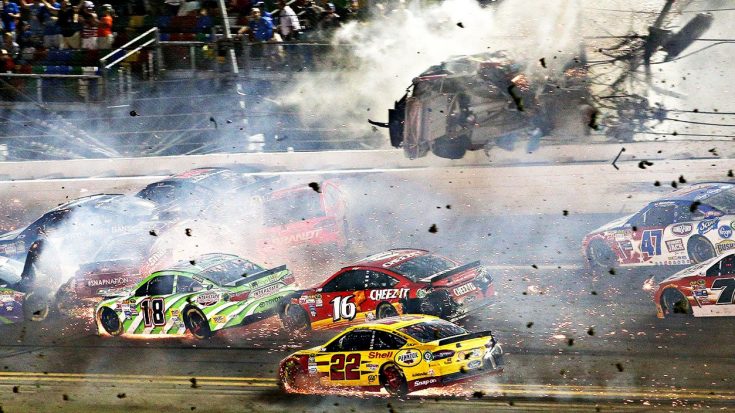 Two fans have launched lawsuits against both NASCAR and Daytona International Speedway in an attempt at seeking reparations for injuries, they claim, were sustained during a horrifying 2015 crash that centered around driver Austin Dillon.

During the NASCAR Cup Series Coke Zero 400 at Daytona, a massive wave of cars got tangled up in a terrifying crash that saw Dillon’s car fly into the catch-fence at insane speeds.

“I’m shocked that Austin Dillon is even alive from what he went through,” fellow driver Jimmie Johnson said. “It was just a frightening moment. I saw it in the mirror and, man, I expected the worst when I came back around.”

According to ESPN, the two men, John and Wayne Vanpatten, have filed separate lawsuits against both NASCAR and Daytona International Speedway, claiming that they were seated in an area where debris struck them and a “toxic fluid” was sprayed onto Wayne’s arm and unintentionally ingested by John.

The court documents do not state further specifics of their injuries, but says that they are still working to recover from them.

This new set of lawsuits aren’t the first to stem from this incident, and another suit was filed against both parties in 2016 which was later settled out of court.

Neither party has commented on the matter.

Watch the video below of Austin Dillon talking about the crash as footage of this terrifying incident is replayed.