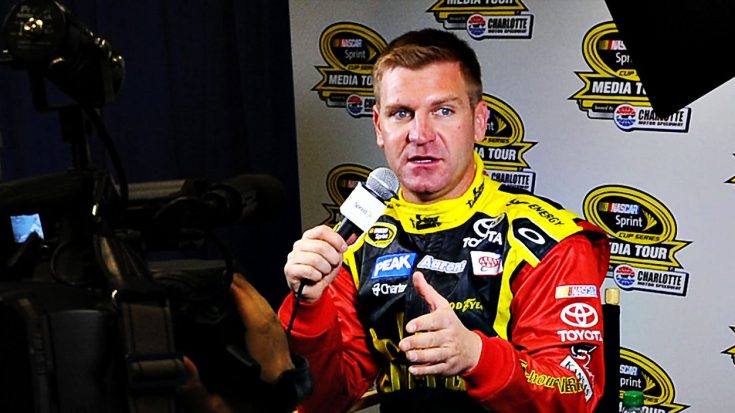 The lawsuit which sought more than $2 million for “fraud” and missed payments was dropped earlier today when the two parties finally came to an agreement.

Clint Bowyer and Harry Scott Jr. of HScott Motorsports made a joint announcement today, revealing that they had reached a settlement for the lawsuit filed by Bowyer in late November.

Bowyer originally sought $2.223 million from HScott Motorsports and according to the documents, he claimed that his team and the owner had breached a contract with him and missed payments due.

He also claimed that Scott was using the funds to pay other creditors and was attempting to sell off his NASCAR license without paying Bowyer what was due.

“[Scott and the team] are in financial distress and in negotiations with various creditors to settle substantial debts … all the while [they] refuse to pay [Bowyer] for services performed,” Bowyer’s lawyer stated in the days following the lawsuit’s filing.

According to the joint announcement between Bowyer’s company and HScott Motorsports, the two have reached a “mutual and amicable confidential settlement as to the claims for the debt owed”. The statement also states that Scott had documents Bowyer was unaware of that “satisfied him that the claims asserted against Mr. Scott should be dismissed.”

At the time the joint press release was issued, NBC Sports reports that they each gave an individual statement in closing.

“I am glad our race team and Clint Bowyer Racing were able to reach a quick resolution. I wish Clint the best of luck in his career moving forward,” Scott added in his statement.

And Bowyer echoed that same sentiment, “I want to thank all the team members for their hard work all season. I’m looking forward to the 2017 season and beyond and wish Harry Scott all the best in the future.”

What do you think of this whole lawsuit? Do you agree with their statements?

Watch the video below with Bowyer in one of the hardest crashes in 2015.