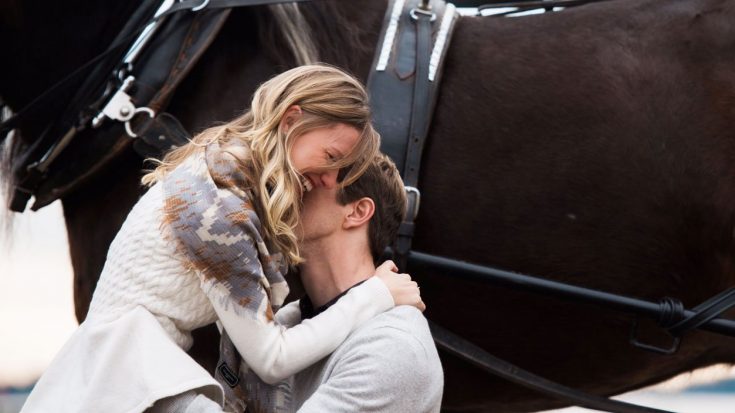 In a moment that made this veteran driver “more nervous than 500 miles” at Talladega, this young NASCAR star asked the biggest question of his life to the woman he wants to spend the rest of it with.

Truly a scene that was made for the movies, this elegant proposal by NASCAR’s Brad Keselowski will have your heart fluttering!

The 32-year-old racing star proposed to his longtime girlfriend, Paige White this weekend as they stopped during the middle of a stunning horse-drawn carriage ride near a lake.

Champion of the 2012 Premier Series, Keselowski has been through every part of racing life, both on and off the track. This is just the next step for him in building a great life for his family!

Keselowski and White have been together since 2014 and recently welcomed their baby girl, Scarlett, last May!

See all the stunning photos below and check out the in-depth interview with Keselowski on reviving his family’s racing business in the video!