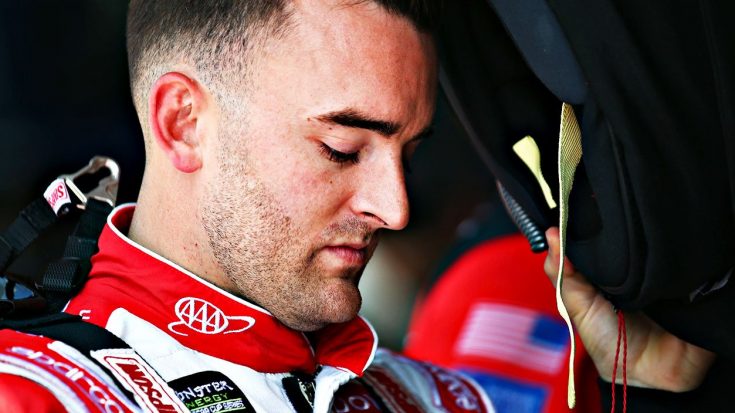 In a bizarre turn of events after this past weekend’s race, one NASCAR driver found himself in a precarious situation after entering a camper with sleeping fans inside.

Just past 4 a.m. on Monday morning after the Bojangles Southern 500 at Darlington Raceway, NASCAR driver Austin Dillon couldn’t sleep, so he and some of his crew decided to take a lap around the track…but they didn’t quite stop there.

Since he was bright-eyed and bushy-tailed, Dillon figured that fans camped out in the infield probably were too, so he and his buddies wanted to see what those fans were up to so they popped on in, still wearing his driver’s suit.

“Heck, I wanted to go see what the fans were up to, so we rolled into the infield and I walked into a couple motor homes,” Dillon told NBC Sports. “It was 4 in the morning at this point. They had gone night-night.”

“People were starting to leave, it was pretty funny. I was waving to them, signing autographs. This lady had an Austin Dillon shirt on, leaving with her husband, taking their motor home out at 4:30 a.m.”

But, then, he walked into the wrong motor home and was greeted with something far less friendly than a “hello.”

Stepping into this fan’s motor home, the man inside announced “I’ve got a gun in my sleeping bag,” as a warning to the well-meaning intruders – and all Dillon could muster in response was, “Hey man, I’m not Kyle Busch…it’s ok.”

Dillon is super lucky that the man offered up a warning and we’re sure once everyone realized what was going on, smiles were to be had all around.

Listen to Dillon explain this potentially terrifying late-night adventure in the video below and let us know your thoughts in the comments.