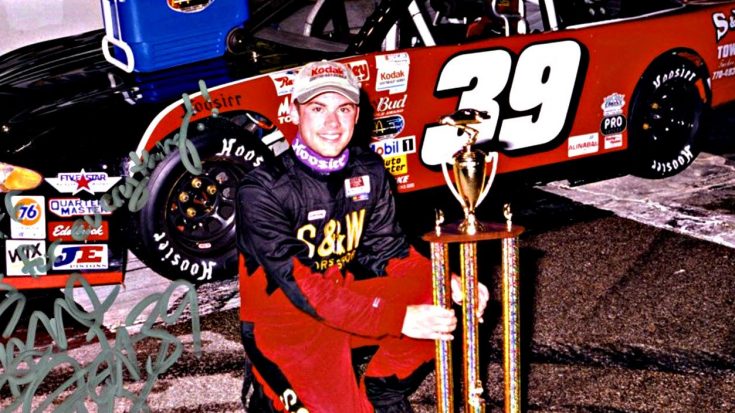 Following the unexpected passing of his 34-year-old brother and former NASCAR driver, this veteran racer is honoring his memory in what he calls the “ultimate tribute” for his family.

On August 19th, Shane tragically passed away just days before his 35th birthday and the entire NASCAR community mourned the loss of such a young man and former competitor.

In a statement posted to Twitter, Ryan revealed his brother’s passing and expressed his family’s deep sense of loss.

Please keep our family in your thoughts and prayers. We lost a great driver and an incredible person. Forever in our hearts. RIP Shane. pic.twitter.com/KAz8XSGYOu

Now, in preparation for the forthcoming Xfinity Series race at Darlington’s “Throwback Weekend”, Ryan Sieg is preparing to do something major to honor his late brother.

Revealing his own paint scheme for the RSS Racing Chevrolet Camaro, Sieg will be racing with a paint scheme that is nearly identical to the paint scheme his brother used in the 2003 Busch Series season. That year, Shane landed in victory lane of the Southeast Series racing under his family’s team.

The name RSS Racing is a combination of both brothers’ names, standing for “Ryan Shane Sieg Racing”. In a press release on the RSS Racing website, Ryan expressed what using his brother’s paint scheme meant to him.

“This is the ultimate tribute for my family,” He said. “My brother had a love for racing and I’m honored to carry this scheme at Darlington. For my family and our friends this is a very special tribute. I just want everyone to smile when they see the car on track this weekend.”

Check out the incredible honor and tribute to his brother, Shane, below along with a video interview of Ryan reacting to his recent top finish at Iowa Speedway.