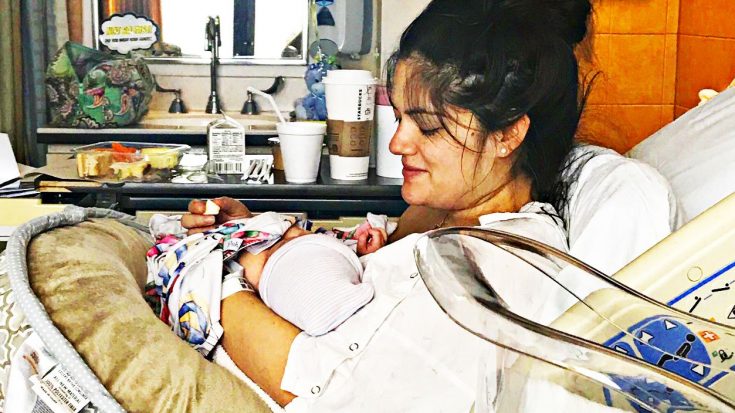 Just over five months after doing a very NASCAR style baby gender reveal, this famous driver and his wife are over the moon with the birth of their very first child!

NASCAR’s Joey Logano and his wife Brittany welcomed the newest member to their family late last night (January 4th, 2018) and celebrated by posting a photo to social media while announcing the news to his fans.

The Logano’s baby boy was born after the two experienced some struggles while trying to conceive. Married since 2014, Brittany was diagnosed with a syndrome that affected her balance of hormones and created complications with infertility.

Together, the two tried various methods to overcome the problem, finally announcing her pregnancy in June of 2017. Not long after, they also shared their motorsports-themed baby gender reveal and it took the internet by storm.

See the Logano’s announcement via Twitter below and watch the video of their truly awesome gender reveal, too!