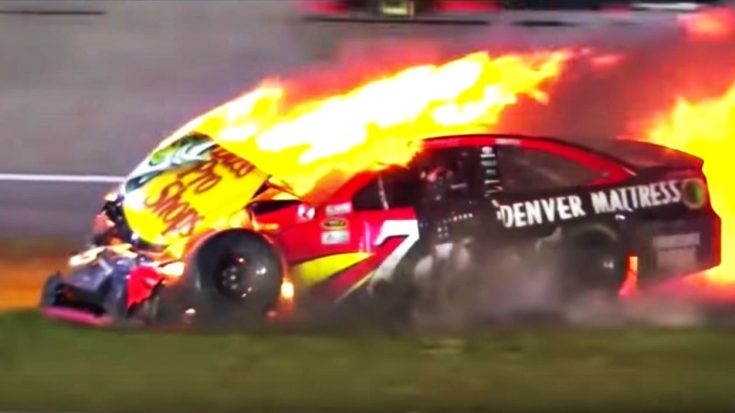 In one of the most shocking crashes to happen during a championship race, one driver’s dreams of taking home the title were dashed after an aggressive gamble didn’t work out.

Edwards had become the best-running NASCAR Sprint Cup driver of the the four that were eligible for the title and made a move that was risky, but would have set him up for a huge win had it pulled through.

During a restart, Edwards moved to block Logano but ended up slipping across his front end and getting turned into the inside wall causing a massive chain reaction that ended up with Martin Truex Jr.’s car going up in a huge fireball.

Unfortunately for Edwards, he basically handed the title over to Jimmie Johnson with this maneuver-gone-sour.

Many people had been pulling for Edwards to take home the title and it was right there in the palm of his hand until the fateful move dashed any dreams he may have had.

Luckily no drivers were hurt during this game-changing pile up.

Watch this shocking and fiery turn of events during this weekend’s race in the video below and let us know who you were rooting for in the comments below!