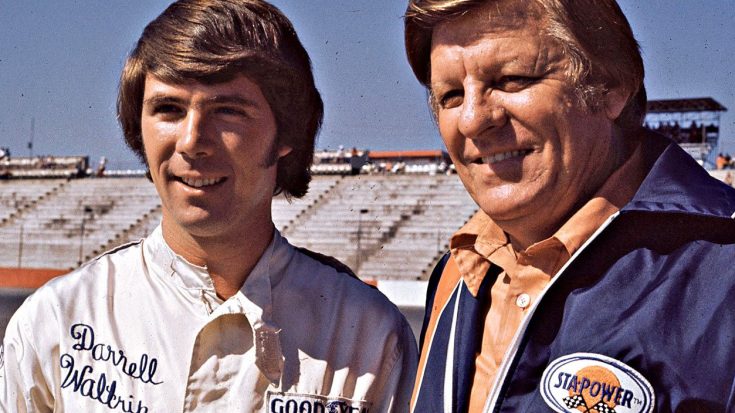 One of the most humble and best-known figures in racing over the course of more than 60 years has passed away – and the entire NASCAR community is in mourning.

Walter M. Moore, commonly called “Bud,” had been a major face of NASCAR and respected team owner through some of the biggest years the sport has ever seen – and he also worked with some of the most significant and talented drivers that helped make stock car racing what it is today.

Moore enlisted in the Army back in 1943 at just 18 years old and became a machine gunner in the 90th Infantry Division. He was one of the millions of American and Allied forces that took part in D-Day. During the course of his military career, Moore earned five Purple Hearts and two Bronze Star Medals.

Upon returning from the war, Moore chose to form Bud Moore Engineering and decided to try and make a living in stock car racing. His career was off to a fantastic start and over the next several decades he would have some of the biggest names in racing compete under his team.

Moore passed away at the age of 92 on November 27th, 2017. Services and arrangements are to be announced in the coming days.

“Many choose the word ‘hero’ when describing athletes who accomplish otherworldly sporting feats. Oftentimes, it’s an exaggeration. But when detailing the life of the great Bud Moore, it’s a description that fits perfectly. Moore, a decorated veteran of World War II, served our country before dominating our sport as both a crew chief and, later, an owner.”

“On behalf of all of NASCAR, I offer my condolences to Bud’s family, friends and fans. We will miss Bud, a giant in our sport, and a true American hero.”

Our thoughts and prayers are with Bud’s family during this difficult time.