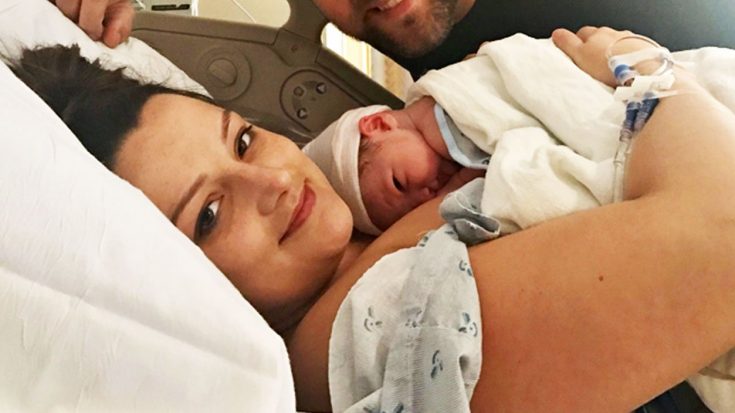 Still highly active in the motorsports industry and recently spending time helping victims of Hurricane Harvey, this NASCAR legend is taking a pause from his busy schedule to celebrate the birth of his new grandson!

Kenny Wallace has been a world-famous racer for decades and first began racing professionally in the late 1980s. He worked alongside greats like Dale Earnhardt Sr. and earned the title of NASCAR’s Busch Series Most Popular Driver in 2006.

Now, as a retired driver and current motorsports commentator, Wallace is spending time with his family – including his three beautiful daughters!

Today, the entire family and NASCAR community has a great reason to celebrate as the Wallaces’ daughter welcomed a bouncing baby boy into the world!

Little “Jett” was born earlier today and weighed in at 7.6 lbs, measuring 21″ long – as Wallace says, “He is already FAST!!”

This isn’t Kenny Wallace’s first time welcoming a grandchild and he loves that his family is growing in such beautiful ways!

Check out Kenny Wallace’s beautiful new family member and his proud mother and father below!

I asked permission to share this picture and they said Yes. 2 of our 3 daughters. This is all @KimWallace_36 and I can ask for. #2sisters pic.twitter.com/YHYPaH0nbc