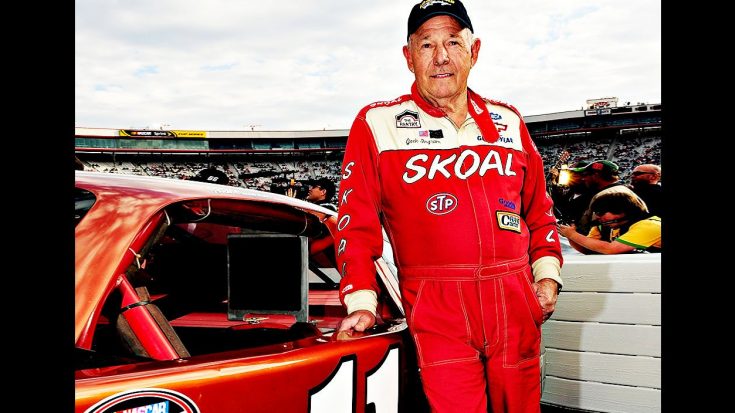 As this beloved NASCAR veteran remains in the ICU at a local hospital, his family is opening up about the details of his terrifying and horrible car accident he was involved in on Sunday, December 3rd, 2017.

The accident occurred in Jack Ingram’s hometown of Asheville, North Carolina and was just a few yards away from the Asheville Motor Speedway – a track at which he was a local legend.

According to the police incident report, Ingram’s car was struck on the driver’s side as he passed through the intersection and did a full 180-degree spin before coming to a full stop after sliding off the road. Only Ingram and one passenger from the other vehicle were injured, the unknown passenger being treated for minor injuries.

Now, Ingram’s friends and family have released details about his condition following the crash and say that they remain “cautiously optimistic.”

His daughter Ingrid, who shared the information on CaringBridge, said her father was heading to breakfast with friends on Sunday morning when the accident occurred.

“He was driving two friends and himself to a favorite breakfast spot when the accident happened,” she wrote in one post the morning of the accident. “He was brought to Memorial Mission hospital where it was determined he had a collapsed lung, five broken ribs, and a puncture wound on his left side. He was stabilized in a few hours and moved to ICU, where he is, now.”

In subsequent posts, Ingrid shares that doctors discovered Ingram had internal bleeding from his spleen. They moved him immediately into surgery to stop the bleeding and placed him on a breathing machine afterward.

The latest update explains that he is continuing the road to recovery and is “where he needs to be, optimally, health-wise.”

“He is making small strides and while he is heavily sedated on purpose for the breathing apparatus, he is responding to simple commands made by hospital staff and family,” Ingrid continued. “We are encouraged with his current state and remain cautiously optimistic. As always, we appreciate your prayers and well wishes and positive thoughts. We can’t thank you enough.”

Our thoughts and prayers are with Ingram and his family during this very difficult time and we hope for a very speedy recovery.

Ingram, who will be 81 at the end of the month, is a beloved legend in the racing community and is best-known for his incredible career as a driver in what is now called the Xfinity Series. He won the championship in both 1982 and 1985, while later earning great marks and titles in many Late Model Sportsman races. He was inducted into NASCAR‘s Hall of Fame in 2014.

Watch the video below that details some of his great accomplishments in NASCAR.