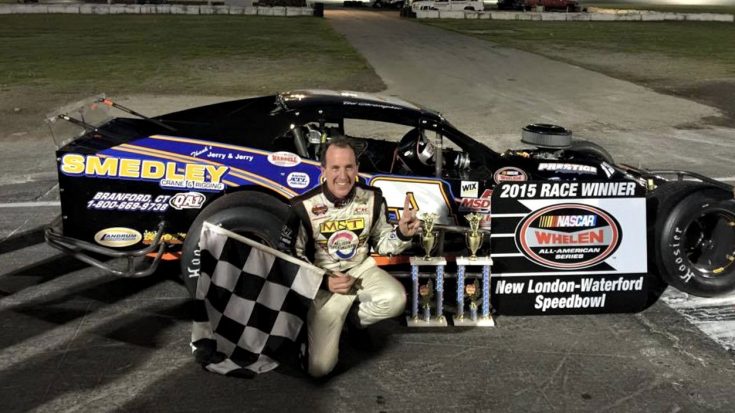 NASCAR modified legend Ted Christopher was killed when the Mooney M20C plane he was traveling in went down in Connecticut on Saturday, NASCAR officials confirm. The plane’s pilot was also killed.

Christopher’s death brought tributes from his friends in the racing world.

I have always been a big fan of Ted Christopher. I loved his talent, his spirit. So much so I got him to drive for me. RIP Teddy.

Ted Christopher was such a great guy and wheel man. Thinking of his family and friends.#TC13

Sad to hear that we lost a racing legend. Ted Christopher will be missed!

Just read about the passing of one of my all-time favorite drivers. So sad. Ted Christopher was a wheel man in whatever he sat in. #RIP

Our thoughts are prayers are with Ted Christopher’s family during this difficult time.