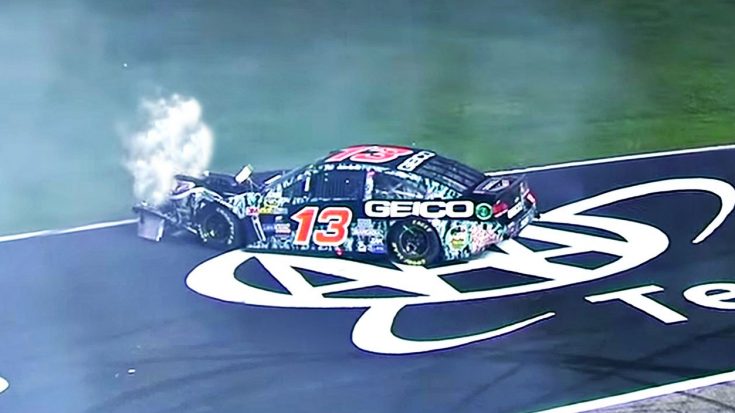 Nearing the end of the race this questionable crash sparks a fight between two drivers that haven’t always been on the best of terms anyway.

Coming in on a late-race crash this Sunday during the Texas AAA 500 at Texas Motor Speedway, Austin Dillon found himself on the receiving end of a push from Kevin Harvick that sent him straight into the wall. A couple other cars got caught up and the whole mess turned into a 3-car pileup that didn’t sit well with Dillon.

Pointing the finger squarely at Harvick and suggesting the crash was intentional, Dillon said to press after the race that Harvick “knew how tight he was on my door and that is why I got tight and slid up in front of him. He didn’t check (up), but he had the opportunity to” and took a jab at him by bringing up an old beef.

“He didn’t like it that the silver spoon kid was out-running him tonight,” Dillon continued. “So we will be alright, we have two weeks left and we just want to come out and win a race.”

Dillon was referencing a zing that Harvick sent his way back in 2013 in which he called Dillon and his brother “punk-ass kids” that raced with a “silver spoon” because they were grandsons of the team owner.

While many fans were upset (like Dillon) about the crash this close to the end of the season and the end of the race, Harvick quickly went on to apologize for the crash and disputed that it was intentional.

“I just want to apologize to (Dillon),” Harvick told NBC Sports. “He kind of came up there and he slid up in front of me and he got loose and when he checked up in front of me I hit him again and that was not anything that I wanted to see.”

What do you think about the crash?

Watch the video below and let us know if you thought it was intentional.