‘Nashville’ Debuts Most Dramatic Trailer Yet 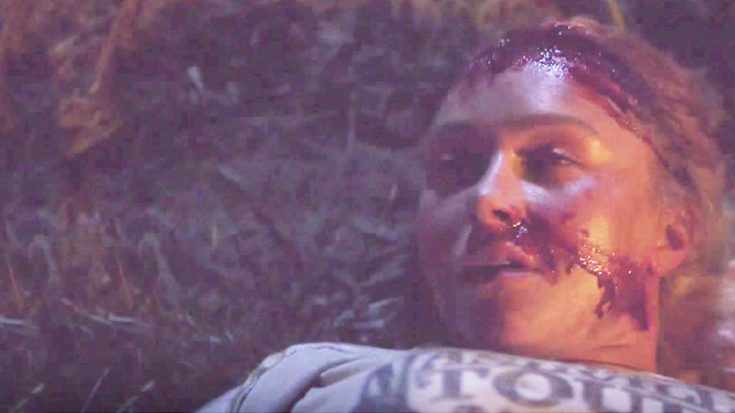 We have been on the edge of our seats since the day CMT announced they were picking up the show Nashville after ABC suddenly cancelled it last year.

Over the past few months, the producers and stars of the show have promised more music, more drama, and more intricate storylines. By the looks of things in the brand new full season trailer for Season 5, they are not going to disappoint.

There’s so much happening with all the characters in this trailer, so we will break it down for you.

Season 4 left off on a major cliffhanger when Juliette Barnes’ plane lost contact and the Season 5 trailer begins at the scene of the plane crash. News reporters voices are laced over footage of a frightened Juliette right before the plane goes down. It’s revealed that she is the only survivor.

The next scene she is shown, she is confined to a wheelchair and at the doctor’s office, it’s revealed she has a spinal cord injury and can’t feel her legs yet.

“It could be months before you feel anything,” the doctor tells her.

Later in the trailer, it looks like she and estranged husband Avery Barkley, go back to the site of the plane crash and Juliette tells him, “I thought I was going to die! I didn’t want to die!” We can’t tell if Avery is kneeling next to her, but it does look like she is standing up!

In the final episode of Season 4, Will Lexington was about to get back together with his boyfriend and now, they are going to make their relationship a priority and look for a place together, except Will looks guilty about something!

Later, he’s being fitted for a suit and his tailor tries to kiss him. Will declines, but the trailer basically says, “You know you want to.” And it kind of looks like he does.

The Queen of Country, Rayna James, tells her husband, Deacon Claybourne, that she wants them to write their love story in a concept album. As most fans know, their relationship has been tumultuous and although, they have found a happy ending, they have always had their ups and downs. Deacon initially agrees, but then says he’s against the whole idea. Rayna is pissed. She thinks that if she doesn’t take a risk like a concept album, her career will be over.

Later in the trailer, Rayna gets an envelope in the mail, with no stamp or address, meaning the person just dropped it off. It has rose petals and a long love letter. Rayna and Deacon look worried. A later scene shows the man showing up at her Highway 65 offices and trying to get to her. Scary!

The Season 4 finale showed Scarlett confessing her love for Gunnar, even though he was with another woman. During a show, they kissed on stage, which we thought would send them into happily ever after, but boy, were we wrong!

This season, they are still the duo The Exes, and are filming their first music video, which Scarlett doesn’t like the direction of. They fight about who they are to each other and Scarlett brings up Gunnar’s shocking Season 1 proposal to her.

Maddie is still pushing the envelope with her parents and has some pent-up teenage angst she is dealing with. She likes a new boy, who tells her that he’s bad news, and eventually we see that he actually might be. Later, the boy lies bloody on the ground and Maddie is calling the cops.

Daphne changes up one of Maddie’s song, and Maddie accuses her of stealing it, even though Daphne says she was trying to help her make it better.  Maddie tells her little sister, “I can’t do everything with you.”

We seriously can’t wait until Season 5 premieres on January 5th. Watch the intense trailer below!