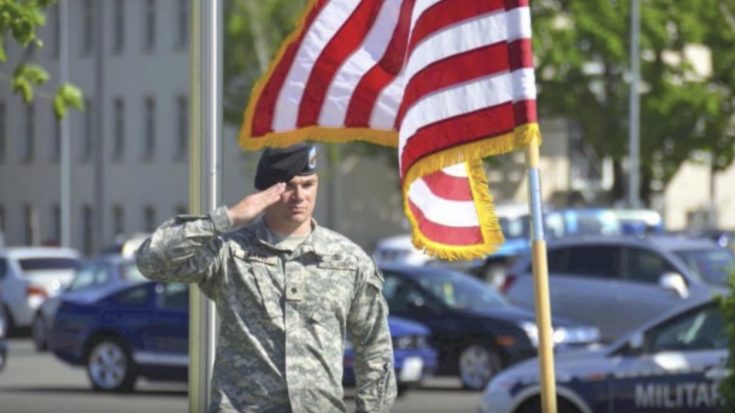 When Leonard Cohen wrote ‘Hallelujah’ in 1984, he most likely didn’t expect the song to become one of the most recognizable and covered ballads of all time. The song lyrics have been written and rewritten more than 300 times by various artists. With renditions themed to holidays such as Easter and Christmas and others tweaked to fit causes and fundraising efforts such as the Hope for Haiti Telethon, ‘Hallelujah’ has become a modern-day secular hymn that appeals to the masses.

Terra Weston, known as Sailor Jerri, re-wrote the tune as a tribute to her fellow veterans, especially for the members of G4G Covert Ops, a site for veterans.

“This group is like family. It gets pretty personal but the guys open up to each other in a way they typically wouldn’t in the real world. If someone has a dark day they will have 150 messages and 13 phone calls in an hour just be sure they are on the level,” the Navy veteran from Minnesota wrote on her website. “That group is immensely supportive and the song was mostly for them.”

Weston’s story started 15 years ago when she enrolled in the Navy following high school. She was stationed at Virginia Beach, Virginia, where she served from 2002 to 2006 as an aviation mechanic working on F/A 18 Super Hornet fighter-attack jets and helicopters.

After returning home, Weston found that her lifelong love of music was a great way for her to reach veterans. The mom of two was volunteering in the long-term care ward at the St. Cloud Veteran’s Hospital and became involved in a music program at the VA called Guitars for Vets, which provides guitars and guitar instruction at no cost to veterans struggling with physical injuries, PTSD and other emotional distress.

Veterans repeatedly suggested that Weston cover “Hallelujah.” This inspired the singer to rewrite the lyrics using the experiences of her fellow vets.

“I took their words and put them to music,” she said.

The result was an emotional and touching tribute that made Weston an overnight internet star.  When you hear “Hallelujah Veterans Version” we think you’ll know why. Hear Terra Weston sing her stunning cover in the video below.