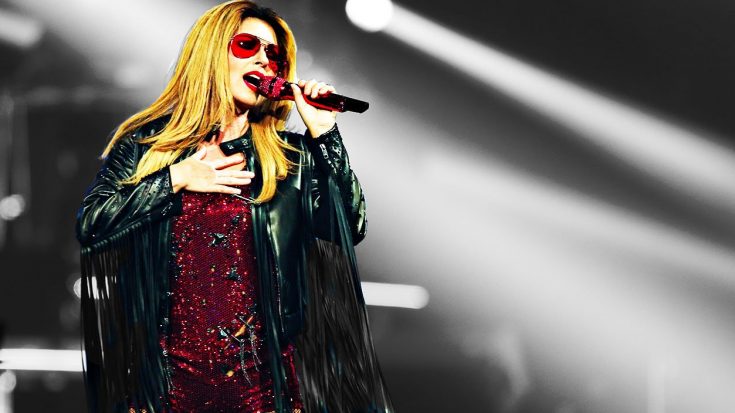 After months of waiting and speculation, the single that fans have been anxiously anticipating has finally hit radio waves and music stores everywhere – and it’s something you’ve gotta hear!

Her first new release in 15 years, Shania Twain‘s forthcoming album, NOW, has been one of the golden gems country and pop fans have been looking forward to for quite some time…and now they get their first taste of what Twain’s been cooking up in the recording studio.

With the debut of her first single from the new record, Twain delivers and upbeat and joyful new song called “Life’s About to Get Good”. The track has already been previewed at Stagecoach Music Festival and is one of the few songs the 2018 Winter Olympics has chosen for their new advertisements.

Speaking about the new song in a press release, Twain reveals that it is a standout track from her new record, saying, “..the song is a little bit of a departure of its own on this album. It’s definitely one of the more chirpy songs on the album, that’s what I would say, but it still has that melancholy story to it in the verses. We’re not quite there yet, but I can see the light at the end of the tunnel type of the thing. That’s what the song is about obviously, and it’s a little bit of a satire this song.”

NOW will be Twain’s fifth full-length studio album and the only one in which she has taken the position of sole songwriter, helping shape her new record in ways we haven’t heard before and giving everyone a look at a new side of Shania.

Check out Twain’s new single “Life’s About to Get Good” in the video below and keep your eyes peeled for her new album, NOW, which will debut on September 29th, 2017.