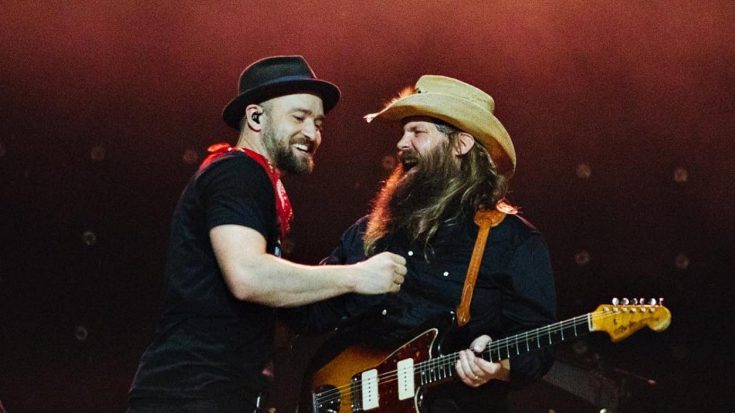 The NFL has announced its headlining act for the Pepsi Super Bowl LII Halftime Show. Tennessee native Justin Timberlake will do the honors as he takes the stage for the most-watched musical event of the year.

Timberlake joins an impressive list of artists who have performed during the Halftime Show including Beyonce, Katy Perry, Madonna, Tom Petty and the Heartbreakers, Prince, the Rolling Stones, and more.

Only twice in the history of the halftime show have country acts performed. In 2003, Shania Twain took part in the show along with No Doubt and Sting. In 1994, during a Rocking Country Sunday themed show, Travis Tritt, The Judds, Clint Black and Tanya Tucker each performed one of their biggest hits.

Although not considered a country artist, Justin Timberlake has earned a crossover audience thanks to his internet-breaking collaboration with his good friend Chris Stapleton during the 2015 CMA Awards show. The pair performed “Drink You Away” and “Tennessee Whiskey” making for one of the greatest collaborations in CMA Awards show history.

Timberlake has also appeared on stage with many other country artists including Garth Brooks, Trisha Yearwood, and Reba McEntire.

With ten Grammys and numerous other awards to his credit, Timberlake seems the perfect choice for the Super Bowl show. The question remains…who will he have join him for the performance? Is there any chance we might see his buddy Chris Stapleton join him? Time will tell.

Justin confirmed the news of his halftime show gig with the help of Twitter and talk show host Jimmy Fallon.

Relive Justin Timberlake and Chris Stapleton’s epic CMAs performance in the video below.