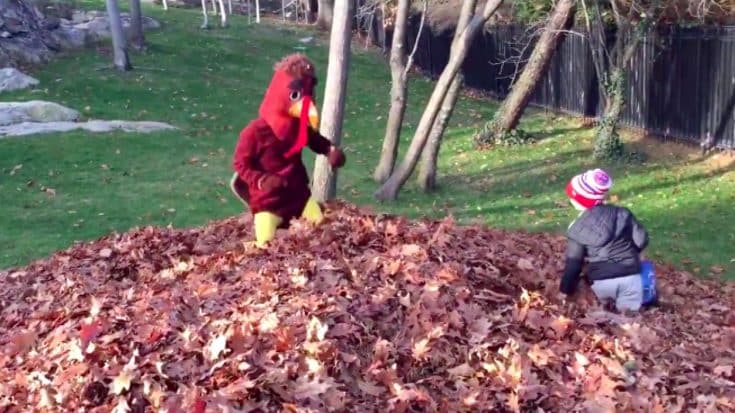 How does a seven-time Super Bowl champion spend Thanksgiving? Just ask Tom Brady. The then-New England Patriots quarterback spent the holiday making new memories with his children and scored loads of new fans and just as many critics with his memory-making methods.

In a video posted to Facebook in 2015, Brady, dressed in a turkey costume, hid in a pile of leaves then jumped out at his unexpected children. His daughter couldn’t get away from the turkey fast enough, but his son seemed to know that it was his dad in the costume.

The reaction to the prank was mixed with many calling Brady a “cool dad” and others claiming that his children were going to be scarred for life.

Check out the hilarious video below and let us know…was this a cool or freaky dad move?

So thankful for everyone's support this year… Happy Thanksgiving to all! #TurkeyTom