By Jennifer Pernicano on November 1, 2017
Advertisement 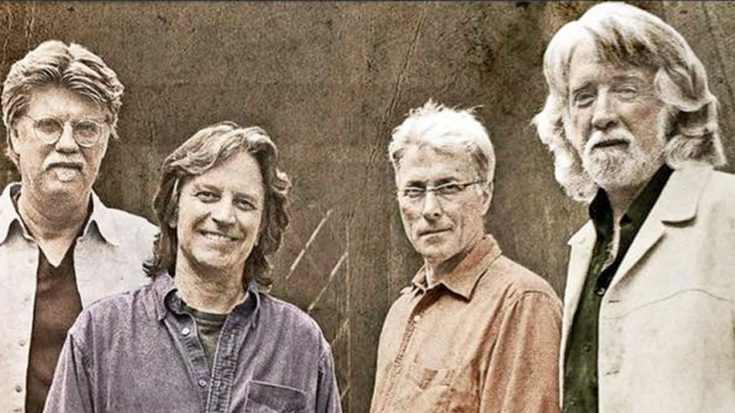 The band who brought us hits like “Fishin’ In The Dark,” “Mr. Bojangles,” and “Long Hard Road,” is now without a vital member of their band.

The Nitty Gritty Dirt Band was founded in Long Beach, California in 1966 by Jeff Hanna and Bruce Kunkel who called themselves the Illegitimate Jug Band. During an informal jam session, they met Jimmie Fadden, Jackson Browne, Ralph Barr, Les Thompson and formed the Nitty Gritty Dirt Band. Browne only lasted a couple months before being replaced by John McEuen.

Shortly after, they were signed to Liberty Records and released their debut self-titled album, and the rest is history. They began making hits, touring, recording more albums and became a household name.

Because their band has a lot of moving parts, they have gone through a few different band members, and it seems that one band member’s road with the band has come to an abrupt end.

McEuen revealed on Friday (Oct. 27) that he would be leaving the group after 50 years. He previously took a hiatus from 1986-2001 but has been performing full-time with them since his return.

“For many reasons, it is time for me to bid adieu to the Nitty Gritty Dirt Band stage,” McEuen wrote on Facebook. “From artistic to business to personal, for 50 years I gave it my best. It has been a great privilege, challenge, frustrating and rewarding overall. It comes down to differences of opinion, basically, on mostly everything. Yet, more experience than you can shake a pick at. WE made history – together.”

He continued, “When informed two years ago they’d long ago voted me out of Nitty Gritty Dirt Band, INC., and I became ‘an employee’, I was no longer ‘part’ of this band. I was told ‘we think it’s better this way’. No longer a part of the corporation of which I was one of the founders, that was a bad day. But, because of the fans, for upcoming 50th year anniversary tour, I went ahead doing the shows while further developing my solo endeavors.”

Are you surprised by McEuen’s departure? Let us know in the comments.