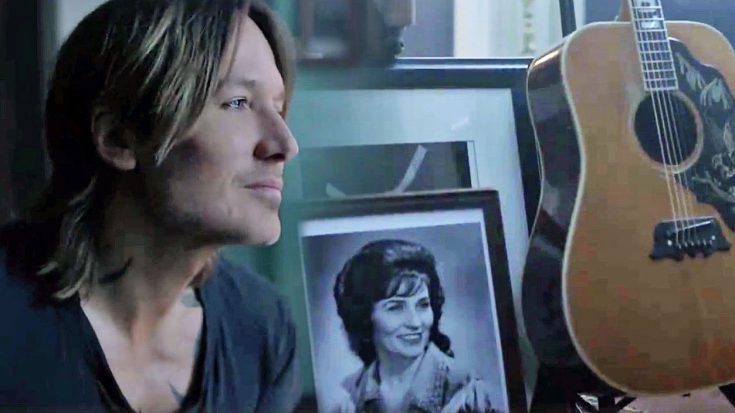 Country music’s biggest night is almost here. On November 8, the genre’s brightest stars will gather together in Nashville for an event that country fans anticipate for months…the CMA Awards.

This year marks the awards’ 51st anniversary. Last year, the CMA celebrated the ceremony’s 50-year mark in a major way, as it made a nod back to some of country music’s most iconic songs and artists with the mashup piece “Forever Country.”

Now, the CMA is continuing to celebrate country music’s legendary roots through its trailer for the 51st CMA Awards. Released on Monday (October 16), the 30-second video tosses the spotlight on influential artists who helped shape country music into what it is today.

The video opens with a shot of Loretta Lynn‘s guitar, which is situated next to a framed photo of the “Coal Miner’s Daughter” singer in the early stage of her career. After that, the camera moves to show a jacket belonging to Hank Williams Jr., and the back is bedazzled with his nickname “Bocephus.”

Keith Urban is the first artist to appear in the video, and he delivers a small voice-over part that introduces the concept of the clip. As he says, “It lives inside all of us. It makes us feel alive. The heart of country music.”

The clip goes on to introduce other artists, including Garth Brooks and Kelsea Ballerini. But the main focus is placed on those who brought country music to life during its early days, such as Johnny Cash and Willie Nelson.

Finally, the clip concludes with hosts Brad Paisley and Carrie Underwood speaking about how the CMA Awards will bring together “the artists of today and the legends of tomorrow” for one spectacular night.

The tone of the clip is enhanced by the song that plays over it, which is “The Thunder Rolls” by Brooks. Between the music, the striking camera work, and the powerful voice-overs from the modern artists, everything about the video is sure to give you goosebumps.

You can catch the new CMA Awards trailer in the clip below. Now we can hardly wait for the ceremony in November!

It lives inside all of us. It makes us feel alive. The heart of Country Music. #CMAawards