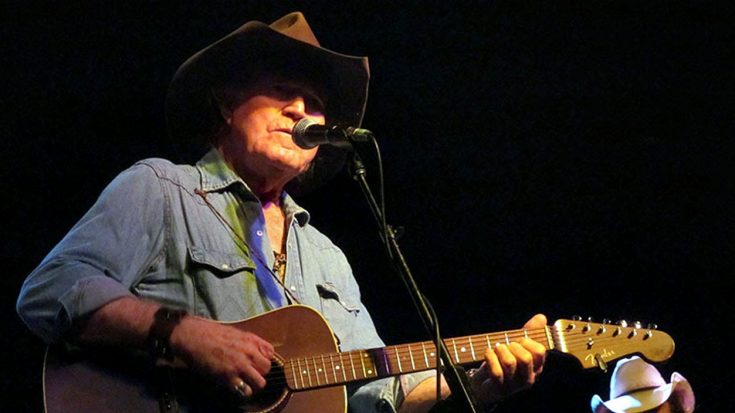 Already having been hospitalized and on his deathbed for multiple days, one of the most treasured musicians from the outlaw country era has been admitted into the hospital again with what appears to be a serious heart condition.

Nearly a year ago, in May 2016, outlaw country legend Billy Joe Shaver was forced to cancel several shows after being hospitalized with a serious medical condition and even noted how rough the situation was in a follow-up statement.

“I was on my deathbed for two days,” Shaver said through a statement posted by his tour manager. “I came back to kick some more ass. Please stop calling my phone its ringing off the hook. See you on tour soon. Love you all.”

Now, according to new information from his tour manager, Jeremy Lynn Woodall, the 77-year-old country music legend has been hospitalized again.

Shaver has been out and about performing shows throughout the country, but sadly his performances that were set for this past Easter weekend had to be cancelled.

The country music legend has endured a number of health complications over recent years, including problems with knees, shoulder, etc. and back in 2001, Shaver had a heart attack on stage during an Independence Day performance, but made a full recovery after having heart surgery.

Our thoughts and prayers are with Billy Joe Shaver during this time and we wish him a speedy recovery.