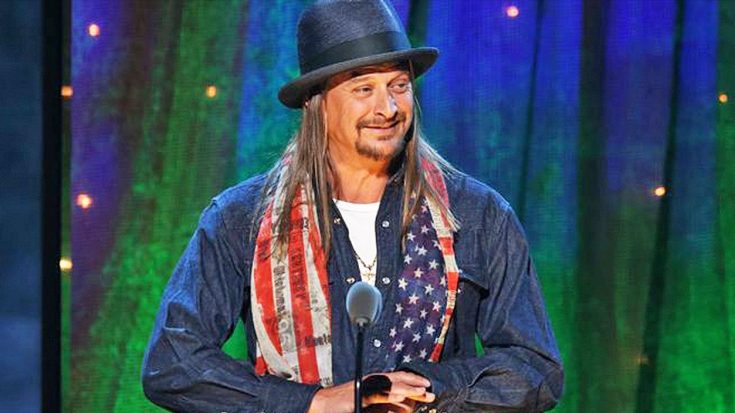 WARNING: Some of this merchandise contains explicit language and possibly offensive material.

Kid Rock is not only known for his kick ass music and “don’t care” attitude, but also for his bold stance on politics and our military in which he’s continued to address throughout his career. A big supporter of our troops, Rock has participated in countless military affiliated events, even drafting a song titled “Warrior” in light of the men and women who selflessly put the lives of others before their own. The singer also voiced his opinion throughout the 2016 Presidential Election, admitting his proud support for now President-elect Donald Trump.

Although the race has reached its end, Trump’s win has yet to sit well with a portion of voters who have continued to voice their concern. However, Rock is more than content with the results, as he has added a new line of Trump inspired merchandise now available for online purchase! Although the line kicks off with a basic, but direct, red cap with the slogan “Make America Badass Again”, the items gradually become more profound to a t-shirt that has a somewhat explicit name for the blue states that voted in the recent election.

According to Rock’s twitter, a photoshopped image of him wearing a similar shirt caught the attention of his fans who continued to hound the singer on as to where the could purchase the apparel. Rock tweeted the photo to his fans, saying, “Due to overwhelming demand, we decided to go ahead and actually make this & other current event merch.”

Due to overwhelming demand, we decided to go ahead and actually make this & other current event merch: https://t.co/7sQgqk0SLk pic.twitter.com/0PukiHvHCb

What is your opinion of the items? Would you buy them? You can view them here!