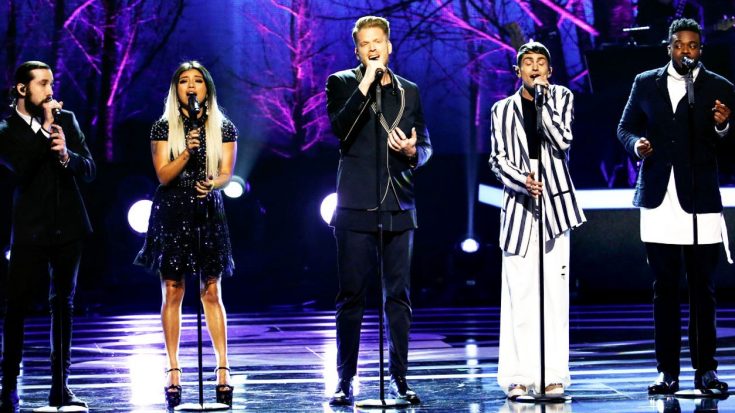 This top-performing a cappella group takes on a truly memorable hit song from one of the biggest musical groups in the world: The Bee Gees.

Known worldwide for their seemingly-endless string of hit songs and a career that spanned almost five decades, The Bee Gees were an iconic figure in the world of music.

Appearing before a live studio audience at Los Angeles’ Microsoft Theater, Pentatonix delivered one of the most beautiful and astounding renditions of “Too Much Heaven” anyone has ever heard.

Originally released as the lead single to their 1979 album, Sprits Having Flown, this timeless hit was written as the band’s own contribution to UNICEF’s special fundraising project, “Music for UNICEF”.

The original studio recording took the longest out of any tracks on that album, having nine layers of a three-part harmony which created a total of 27 voices, but this wasn’t a hurdle for the talented folks in Pentatonix – and they soared through this beautiful track like a dove through the trees.

Watch this unbelievably good five-part rendition of The Bee Gees’ famous hit song, “Too Much Heaven” below.