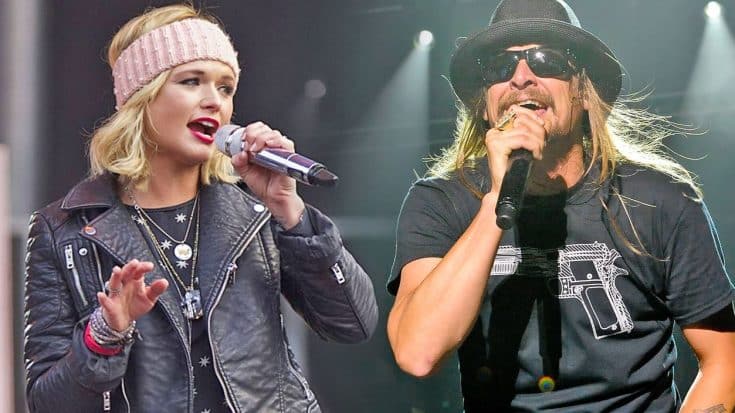 In 2012, Kid Rock showed off his country side when he joined forces with some of Nashville’s leading ladies during a performance of a lifetime!

Over the course of his career, in between the different genre’s he has experimented with, Kid Rock has been known for his duets with country’s biggest stars.

While the singer was back in his hometown of Detroit, he joined the ever-so-sassy Pistol Annies, made up of Miranda Lambert, Ashley Monroe and Angaleena Presley.

Together, the four singers performed a feisty rendition of the heart-wrenching song, “Picture.” The ladies gave the song a country twist, making the one-of-a-kind performance edgier than ever.

Kid Rock originally recorded “Picture” with Sheryl Crow and released it in November 2012 as the first single from his album, Cocky. Kid Rock also recorded the song with Allison Moorer in another version of the single.

The song was a success for the artists, and received a nomination for Vocal Event of The Year at the 2003 CMA Awards.

Check out Kid Rock and the Pistol Annies below.