Preds Bring Out Another Star For Surprise Anthem Performance 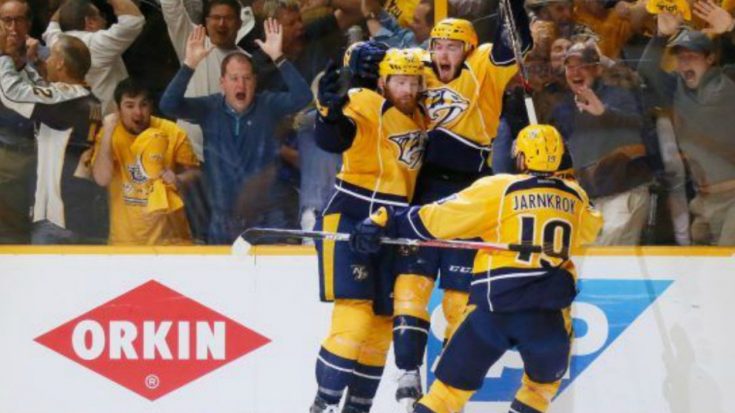 Music City’s professional hockey team is making the news for more than one reason. Not only are the Nashville Predators closer than they’ve ever been to taking home the coveted Stanley Cup, but they continue to surprise fans with country megastars performing the national anthem prior to the games.

Carrie Underwood, Luke Bryan, Little Big Town, Kelly Clarkson, and Keith Urban are just a few of the elite stars that have had the honor. Saturday night (June 3), Martina McBride took her turn at the mic before the Preds took to the ice to face off against the Pittsburgh Penguins in Game 3 of the Stanley Cup Final.

The “Independence Day” singer’s appearance wasn’t exactly a surprise like those who came before her. On Thursday, McBride’s daughter, Delaney McBride, posted a photo of her dad, John McBride, with the Stanley Cup. The caption read, “When your dad gets to hang with the Stanley Cup? Oh and Tina is singing the anthem on Saturday. LOOK OUT.”

Even though Martina’s appearance wasn’t a surprise, the crowd was thrilled to see her take the mic and deliver a knockout performance as she helped fire up an already excited sellout crowd. The Preds went on to defeat the Penguins, keeping them in the hunt for the ultimate NHL title.

Watch Martina McBride’s performance of “The Star-Spangled Banner” below.