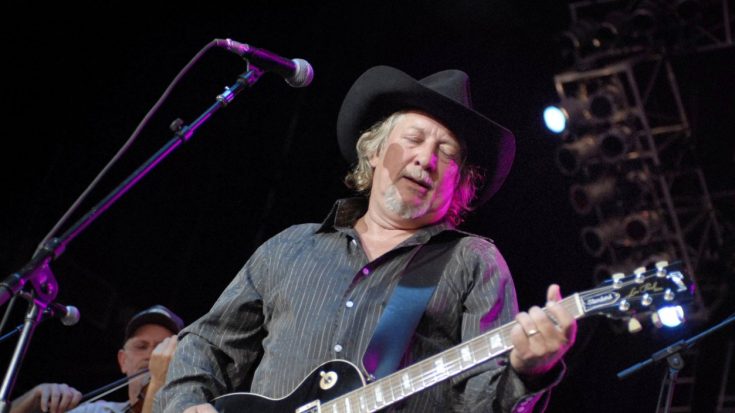 Legendary country artist John Anderson was forced to cancel this weekend’s headlining appearance at the Main Street Music Festival in Alabama due to “serious health issues.” A statement issued by Anderson’s rep on Tuesday (August 1) informed the public of the singer’s withdrawal from the festival due to “unforeseen and serious medical issues” and stated that he will remain in Nashville under the care of an area doctor.

In a statement to Country Rebel, Anderson’s publicist Kirt Webster shared that Anderson won’t be touring through August 12th. He adds that the 62-year old singer hopes to be back on stage very soon.

“Due to an unforeseen medical issue, John Anderson will not be touring through August 12th. He will remain, for the time being, under the direct care and supervision of a Nashville area doctor.

“John is deeply saddened this is preventing him from performing for his fans, hopeful he will heal soon, and be back on a stage very soon.“

It is unclear what medical issue has forced John Anderson to cancel his performances. In 2003, the “Swingin'” singer suffered a heart attack and underwent angioplasty. After a week Anderson resumed his touring schedule.

Our thoughts and prayers are with John Anderson and we wish him a full and speedy recovery.