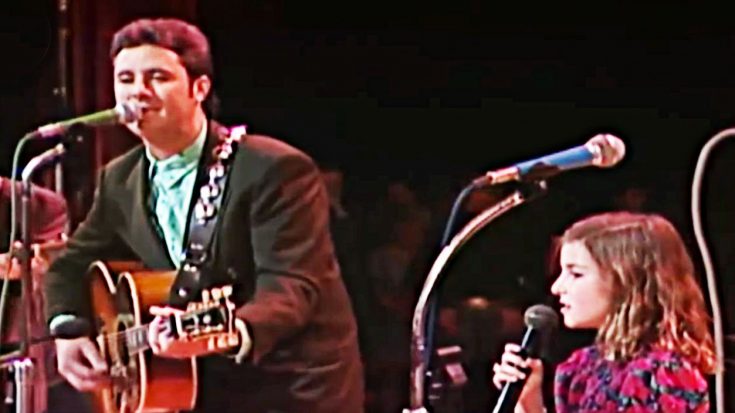 Decades ago, this never-before-seen footage of a young Vince Gill and his baby girl singing a beautiful duet was first captured. Now, that same performance has been rediscovered and shared with fans everywhere.

Recorded sometime in the mid-to-late 1980s, this Grand Ole Opry performance has a dapper and beaming Vince Gill singing his heart out into the microphone while his first daughter, Jenny Gill, stands by his side holding a mic of her own.

Singing “Jenny Dreamed of Trains,” a song he wrote about his adorable daughter, the two dazzle and delight the Opry audience with a song that was yet to be released! It wouldn’t be until 1996 that Gill included this heartfelt track on his seventh studio album, High Lonesome Sound.

In the years following this performance, Jenny Gill would go on to release her own EP in February 2017. The six-song project features musical greats like Sheryl Crow, Jack Pearson, Jon Randall, and more.

Watch this beautiful family moment with Vince and Jenny Gill below!