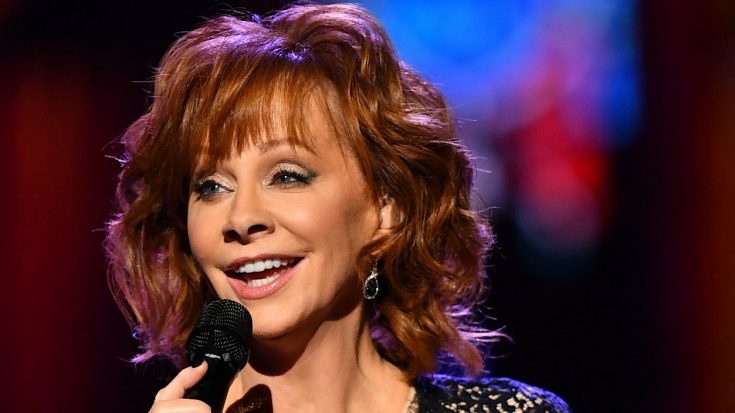 Country queen Reba McEntire has found love again, and it looks great on her! The “Fancy” singer introduced her new beau, Skeeter Lasuzzo, at the Grammy Awards nearly one month ago and we’ve never seen her look so happy. During a red carpet interview with ET, McEntire introduced Skeeter after host Cameron Mathison asked about her date for the night. “My date is Skeeter, come here Skeeter,” Reba said. “Skeeter Lasuzzo. He’s my boyfriend.”

When asked about the photos she’s been sharing of herself and Skeeter on Instagram, Reba said,”We’ve been having fun! We’ve been to three plays here in New York, just enjoying it tremendously.”

Mathison then asked the Queen of Country what the best part of their relationship is, Reba replied, “We like to have fun whether it’s the mountains or New York City.”

Skeeter looked right at home alongside Reba on the red carpet.

“I’m doing great!” Skeeter said of his time with Reba at the Grammy awards. “I’m just following her and enjoying the night with her.”

Click here to see Skeeter and Reba’s interview with ET.

On Saturday, Reba shared photos on Instagram of a romantic Valentine’s Day dinner she shared with her new beau. “Skeeter and I had a wonderful Valentine’s Day!!! We hope you did too,” Reba captioned the series of four photos.

Skeeter and I had a wonderful Valentine’s Day!!! We hope you did too.❤️❤️