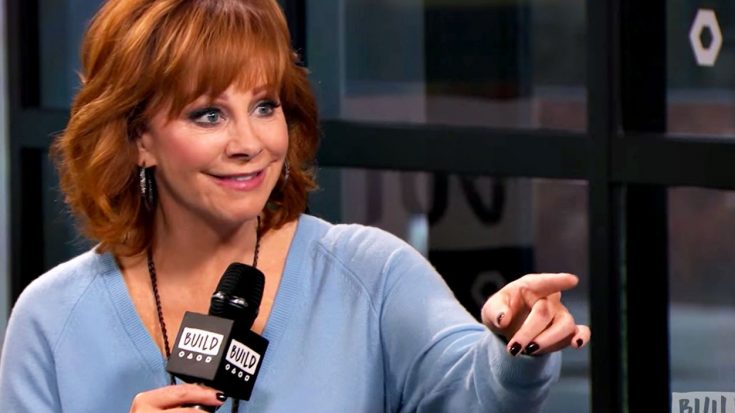 Country music’s favorite red head is proving that she is ON FIRE.

During a recent visit to several talk shows, late night tv programs, and some exclusive online interviews to promote her newest album, Sing It Now: Songs of Faith & Hope, Reba McEntire is sharing some very personal details – including the idea of dating a younger man!

Popping over to the set of The View, Reba talked with the ladies about her new album a bit and then began speaking about what her love life has been like since her 2015 divorce from Narvel Blackstock.

When asked about how things on the romance side of her life are going, Reba confesses, “I haven’t had a date yet!”

Reba has been single for just over a year since she and Blackstock ended their marriage of more than 20 years. The country hitmaker says that finding the right person to date is a special equation you can’t easily put into words.

“It’s kinda like a dress, or a song…you’ll know it when you see it,” She said.

While she hasn’t been out dating, she did say that she was ready to find love again, and she revealed to the ladies that she’s definitely open to dating a younger fella!

Reba, who is just over a month away from her 62nd birthday, seems like she might prefer dating someone younger than 50 and we can’t wait to see the lucky guy she ends up with!

We are so happy she is moving forward with love, making new music, and seems really happy with the things she has going on!

Watch Reba’s dating clip from The View below and let us know what you think!