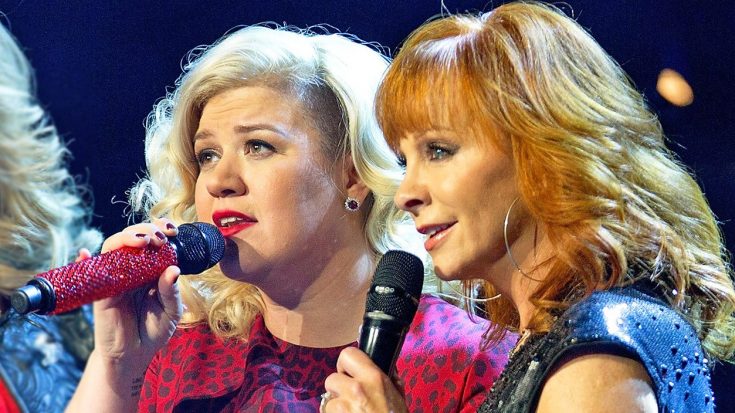 In July 2017, country superstar Reba McEntire revealed that she would be re-releasing her Christmas album My Kind of Christmas, which was available last year for a limited release at Cracker Barrel stores.

“If you didn’t get the limited release of MY KIND OF CHRISTMAS last year, we’re putting it out again this year with a new cover plus three additional songs,” she wrote on Instagram.

The post also revealed that Vince Gill, Amy Grant, Darius Rucker, and Christian singer Lauren Daigle would be featured on the album, and now, we know about one more very special collaborator.

In a 35-minute Facebook Live video on Wednesday night (August 30), Reba, her son Shelby Blackstock, and her longtime makeup artist Brett Freedman spoke with her fans about anything and everything from her popular TV show, the weird things they put ketchup on, Reba’s iconic hair in the 90s, their favorite snacks, and of course, new music!

During a portion of the live video, a fan told Reba that they were a huge fan of her daughter-in-law, who just so happens to be the very talented Kelly Clarkson. After speaking about how much she loved Kelly’s new music, Reba revealed that the original American Idol winner would also be on her new My Kind of Christmas album, out October 13.

Around the 25-minute mark, the country legend expressed how excited she was to sing with her daughter-in-law and according to Country Common, the duo will be singing Elvis Presley’s famous tune “Blue Christmas”.

This won’t be the first time the powerhouse vocalists will be singing a Christmas song together. They previously collaborated for Kelly’s Wrapped In Red Christmas album in 2013.

Are y’all excited for their upcoming duet? Let us know in the comments!

Watch the full Facebook live video here, and take a look at their previous collaboration below!