By Jennifer Pernicano on October 30, 2017
Advertisement 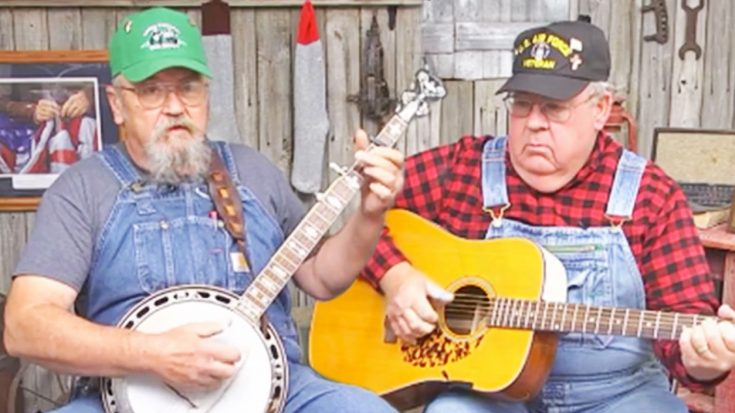 These redneck brothers, known to the public as The Moron Brothers, are widely popular on the Internet for their comical songs, but their newest release, while upbeat and catchy, is a bit more serious.

Like many people of our great nation, The Moron Brothers Lardo and Burley have seen countless NFL players take a knee during the singing or playing of the National Anthem. It has become a huge debate among the NFL players, team owners, fans, and everyone in between.

The Moron Brothers took their platform and told everyone how they really feel! Sitting in chairs with their banjo and guitar, they picked a very catchy and upbeat melody.

“Warning! This Song Is For Red Blooded [sic] Americans!” the video reads before you press play.

Lardo took the lead on this song and sang the following lyrics during the chorus.

“I will kneel to God Almighty/Praisin’ him for all he’s done/I will kneel before the King of Kings, the Savior, God’s own son/I will stand up for my country until my dyin’ day/And I’ll respect the flag when they play our song/ I’ll never take a knee.”

Our take on Kneeling during the National Anthem. We hope this song makes it around the Country.

Posted by The Moron Brothers – Bluegrass on Monday, October 23, 2017