By Manly Bryant on December 20, 2017
Advertisement 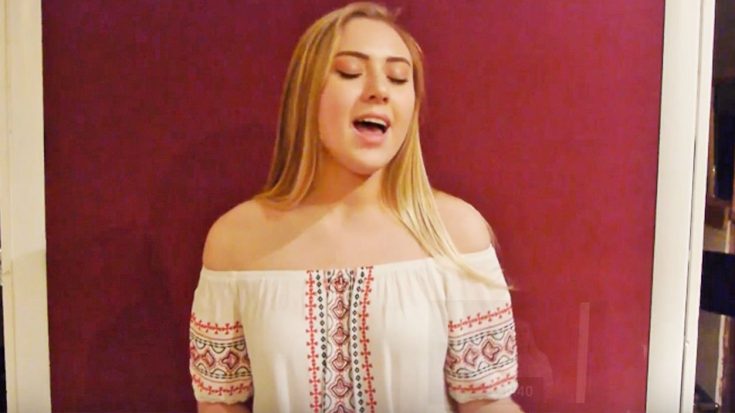 While Season 13 of The Voice may be over, they are already in search of vocalists to audition for the hit reality series.

So who can fans expect to see take the stage in 2018? Well it looks like one of Elvis Presley‘s distant relatives is throwing her name into the ring!

In a video uploaded to her personal YouTube account, 17-year-old Lauren Marie Presley – whose father was a distant cousin to Elvis – revealed she has auditioned for the hit singing series through “Beat the Crowd.” Beat the Crowd allows Voice hopefuls to send in a video of them singing their audition song in order to skip the long lines at the four open call cities, therein increasing their chances to get chosen by one of the four superstar judges.

Lauren delivers a stunning rendition of country singer and Season 4 Voice winner Danielle Bradbury‘s “Never Like This,” displaying that signature Presley charm that fans saw in The King. Prior to auditioning, the talented young vocalist participated in competition drama series Chasing Nashville.

You can watch her “Beat the Crowd” audition below!