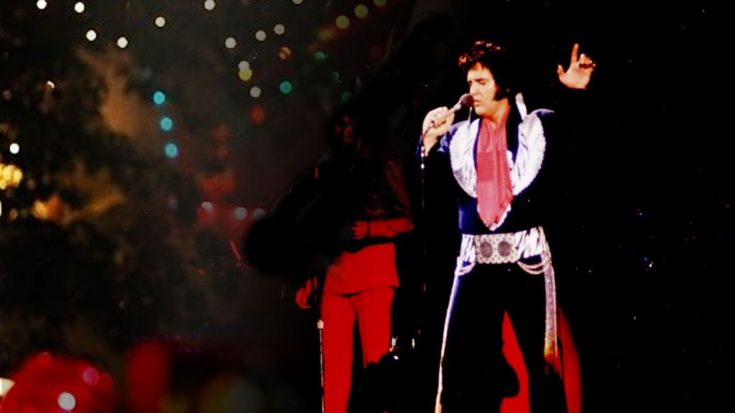 The King sang his heart out in what would become the last time he ever performed this unforgettable holiday hit.

First recorded in 1948 by Doye O’Dell, “Blue Christmas” wouldn’t become an international smash hit or the irreplaceable Christmas staple until after Elvis Presley released his famous version in 1964.

Upon the release of his version, there is no doubt that Elvis cemented the song’s status as a classic of non-traditional Christmas songs and it quickly became a smash hit!

In this rarely-seen performance below, The King dazzles his swarms of dedicated fans at a performance in Kansas just seven weeks before his untimely death. This performance of his beloved hit became the very last time he would sing one of the biggest songs of his career.

Watch this heartbreaking and stunning performance of Elvis dazzling his fans with a Christmas favorite below.