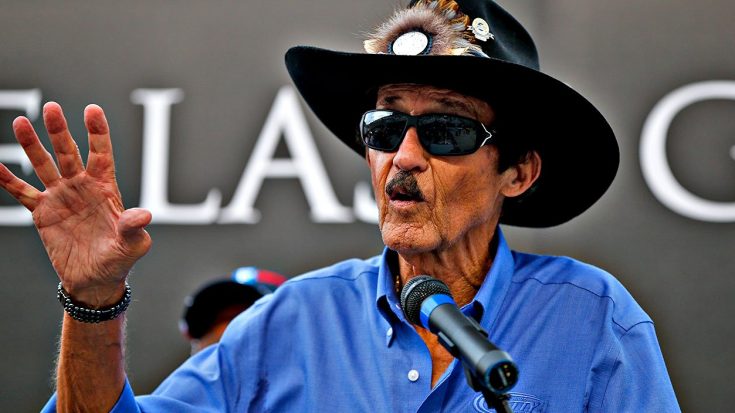 The next chapter for NASCAR‘s historic No. 43 car has just been revealed, and by none other than the legendary racer himself, Richard Petty.

As part of his Richard Petty Motorsports crew, “The King” is setting his famous No. 43 up for a great season in 2018 – and he’s getting it started by announcing the new driver!

In 2017, RPM contracted Aric Almirola as the driver of the Smithfield Foods No. 43, but when it came time to announce the lineup for NASCAR’s 2018 Cup Series, Almirola and Smithfield both were not on board.

Now, Petty is making the official announcement that they’ve selected a new driver to charge forward in the forthcoming season – and it’s none other than the man who subbed for Almirola in a few races this past season: Bubba Wallace Jr.!

“He’s proven at a young age to be able to be consistent on a weekly basis, give feedback to the team to help improve the car and race hard to get the best finish possible,” team owner Richard Petty said in a statement. “He knows how to win, too. His records leading up to the top levels of NASCAR speak for themselves.”

Wallace will be the very first black driver to compete full-time in the NASCAR Cups Series since Wendell Scott raced in 1968 and he has already demonstrated his incredible ability as a driver with a win in NASCAR’s Truck Series.

Longtime RPM sponsor, Smithfield Foods is leaving the team at the end of the season and heading over to Stewart-Haas Racing. Many have expected Almirola to follow suit, but no official announcements have been made.

The team revealed on Wednesday, October 25th, that while they’ve solidified a driver for the No. 43, a sponsor would be announced at an later date.

Watch NASCAR’s video interview with Bubba Wallace Jr. and Richard Petty below and let us know what you think of this driver change up in the comments!

Bubba Wallace will drive the No. 43 for Richard Petty Motorsports in 2018 and he's here to answer your questions.

Send your questions in the comments below!