Ronnie Dunn Shares His Thoughts On The Outcome Of The Election

By Miranda Raye on November 11, 2016
Advertisement 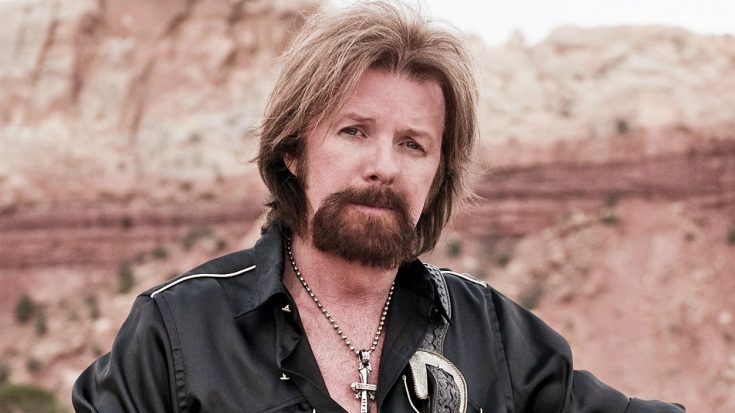 Anyone who knows anything about Brooks & Dunn‘s Ronnie Dunn knows that he is never afraid to speak his mind. Months ago, Dunn caught national attention when he went on a fiery political rant on Facebook.

The rant was in response to a speech President Obama delivered following the Orlando shooting on June 12. In his speech, President Obama called for stricter gun laws, something Dunn declared as “unbelievable.”

Since Dunn has been so outspoken in the past, fans assumed he’d have a lot to say about the conclusion of the presidential election and the new President-elect Donald Trump. That assumption was correct, as Dunn opened up about his thoughts on the election during an interview with Nash Country Daily.

“With regards with what’s going on right now, what just happened, I don’t think that it’s a bad idea to have some things disrupted right now,” he said. “Change never comes without a little bit of pain and effort and I think that we’re probably set for that to happen.”

Dunn believes that Trump has to initiate two big changes in order to say he “pulled it off” after he completes his time in office. The first is to “get the Supreme Court set out and balanced,” and the second is to “deal with healthcare.”

As for how well-suited Dunn thinks Trump is for the job, he said we may all be surprised about what type of president he will be:

“We may end up thinking he’s one of the better presidents to ever happen. You never know…I love what Obama said. I think it was yesterday (November 9). He said, ‘No matter who steps into this office, once you walk through the door you realize that it’s bigger than you are.'”

It seems that Dunn carries a lot of hope in his heart for America and what Trump can do for the country moving forward. Do you agree with what he said? Let us know in the comments.