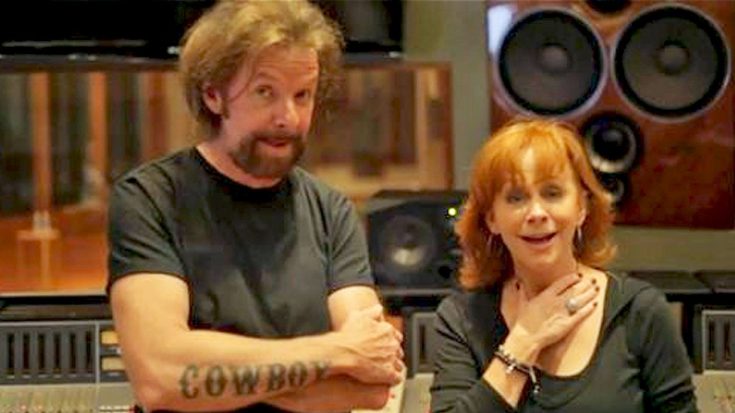 As two of the biggest country stars of the 1990s and 2000s, Reba McEntire and Brooks & Dunn‘s Ronnie Dunn were due to cross paths at one point or another. They eventually did, and McEntire ended up working with Brooks & Dunn on two songs: the number one hit “If You See Him/If You See Her” and “Cowgirls Don’t Cry.”

But McEntire and Dunn aren’t just collaborators, they’re friends. The two have maintained a close relationship over the years, and have grown even closer during their Reba, Brooks & Dunn: Together in Vegas show at Caesars Palace in Las Vegas.

In his free time between shows, Dunn has been hard at work crafting an epic surprise for his friend. Back in January 2016, Dunn shared a couple of photos and revealed that he was working on renovating a vintage Airstream trailer to surprise McEntire. But as one fan pointed out, Dunn gave the surprise away by posting the photos on Facebook!

Still, we’re sure that McEntire was more than surprised when Dunn finally showed up with the completely renovated Airstream on Sunday (April 9). He shared a photo of the trailer’s exterior on Instagram, which also showed an extremely happy McEntire.

A little later that evening, Dunn shared some photos of the Airstream’s interior on Facebook. The trailer has a distinct country feeling, with wood panels, deer antler accents, and Western-style curtains.

Dunn really outdid himself on this one! You can tell that he paid a lot of attention to detail while doing the renovations. We bet McEntire loves her new Airstream!