By Jennifer Pernicano on December 14, 2014
Advertisement 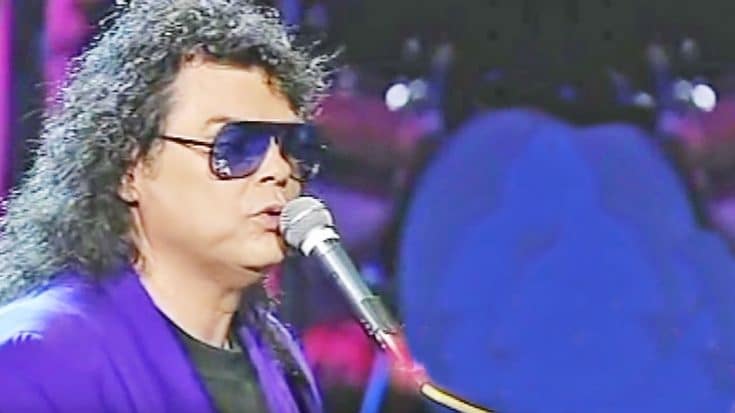 Country music artist Ronnie Milsap delivered a moving performance of his iconic “Smoky Mountain Rain” during one of his live shows in Branson, Missouri. In front of a large audience, he graced them with one of his greatest hits. Rocking a purple dress jacket, he showed up with his undeniable talent yet again.

(There's) No Gettin' Over Me – Ronnie Milsap pic.twitter.com/ajfYQ6bFA2

The country singer poured his soul into the performance while expertly playing the piano in. The seamless performance was breathtaking as he patiently moved through the song, word by word…key by key. The audience sat motionless, captivated by his riveting delivery of the song.

Released in 1980 as the premiere single off his Greatest Hits album, “Smoky Mountain Rain” quickly became one of Milsap’s best-known songs. The song reached No.1 on Billboard’s Hot Country Songs chart as well as No.24 on the all-genre Hot 100.

Milsap is one of the most influential country music artists to date as well as the first successful blind country music artist. The singer’s versatile sound appeals to both country and pop music audiences through the incorporation of elements of both genres. His array of talents have allowed him to earn the title as one of the most successful crossover artists to date.

You can watch his captivating performance in the video below.