By Miranda Raye on March 26, 2018
Advertisement 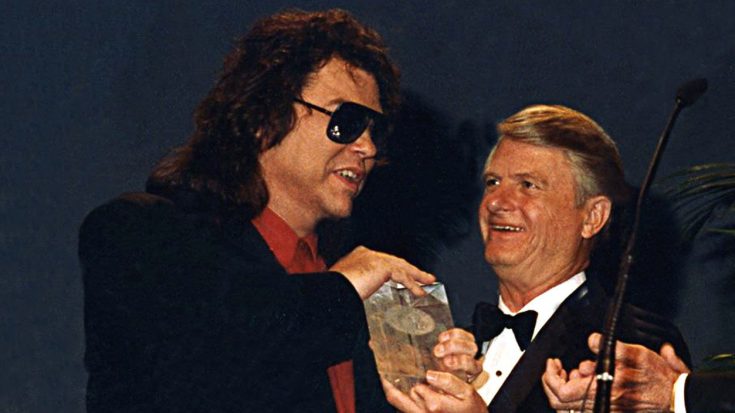 Although Ronnie Milsap developed a love for music at a young age, it wasn’t always his intention to become a singer. After being awarded a full scholarship to Young Harris College in Georgia, Milsap devoted himself to his studies with the plan of one day becoming a lawyer.

During his time in school, Milsap joined a local band and began performing around the area. After getting a taste of that life, Milsap decided to turn down a scholarship to law school and try his hand at being a musician.

He certainly made the right decision, because today he is regarded as one of the most iconic artists in country music history. With a total of 40 number one hits, he ranks third as the country artist with the all-time highest number of chart-topping singles. Only Conway Twitty and George Strait outrank him.

Although Milsap decided to choose a different career path than the one he intended to in college, he remained close with one of his professors. That professor was Zell Miller, and he taught Milsap political science.

Even though their lives went in entirely different directions, Miller and Milsap remained longtime friends. In fact, Miller was on hand to induct Milsap into the Georgia Music Hall of Fame in 1990.

Sadly, Miller passed away on Friday (March 23) at the age of 86. After hearing about his death, Milsap took to social media to share some kind words about his friend and former teacher.

“He was such a good teacher and I couldn’t wait to get to his class,” Milsap wrote. “He had such charisma, he was loaded with knowledge.”

Milsap closed off his tribute to Miller in the sweetest way. He spoke of how much he meant to him, and offered up his thoughts to his wife, Shirley, and his family.

“We’ll all miss you Zell, you were my teacher, my friend and a great Humanitarian,” Miller wrote. “We love you forever! Condolences to Shirley and the family.”

When I attended Young Harris College, Zell Miller taught Political Science. He was such a good teacher and I couldn’t…

It’s clear that Milsap will miss Miller dearly. Our prayers go out to him and all of Miller’s loved ones during this sad time.