By Miranda Raye on April 4, 2018
Advertisement 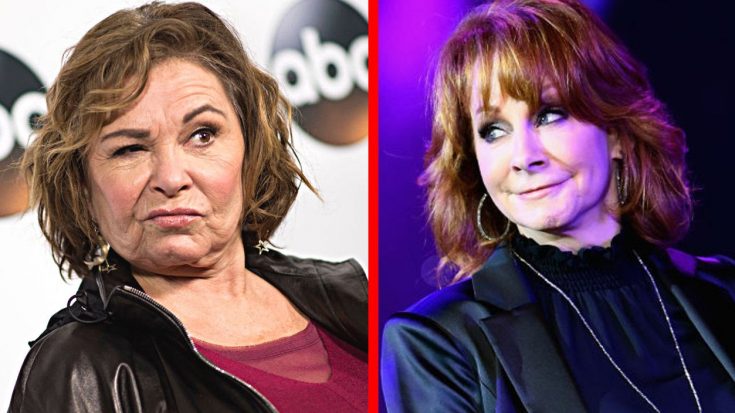 Roseanne Barr has found herself back in the news within the past couple of weeks, all thanks to the reboot of her hit sitcom, Roseanne. The first episode of the reboot debuted to much excitement, and that hype has carried over following the airing of its second episode on Tuesday night (April 3).

Since Barr is such a figure of interest right now, more and more people are paying attention to her Twitter. It was through a tweet that the actress randomly decided to hurl an insult at one of country music’s leading female stars.

But why? Well, it all has to do with chicken.

In case you weren’t aware, Reba McEntire is currently the newest spokesperson for KFC. She has taken on the role of Colonel Sanders in a series of hilarious commercials, including one that shows her playing the Colonel who is playing McEntire. It makes sense when you watch it…

Instead of attacking her music, her acting career, or even her clothing line, Barr chose to insult McEntire’s role as the Colonel in a random and fiery tweet she posted on April 3. In the tweet, Barr proclaimed that McEntire is not a good Colonel, and is by no means as good as she would be in the same role.

Then, Barr went on to say that she believes McEntire doesn’t even eat fried chicken at all, especially not from KFC.

reba is not a good colonel not as good as i would be! #Roseanne i do not believe that Reba eats fried chicken! Esp from the Colonel!

While Barr certainly isn’t the first person to criticize McEntire’s role as Colonel Sanders, many others enjoy the commercials. But there’s one part of her tweet that Barr missed the mark on.

At the end of her tweet, Barr stated her belief that McEntire doesn’t eat KFC. However, McEntire has said the exact opposite in multiple interviews.

During an interview with USA Today, McEntire said she agreed to play Sanders because, “I’ve eaten KFC my whole life. It’s been a favorite. It’s American. It’s wholesome.” She also made sure to note that she loves the restaurant’s chicken and coleslaw.

McEntire echoed similar sentiments in an interview with The Boot, saying, “I’ve always been a fan of Kentucky Fried Chicken; I’ve eaten it since forever.“

So it seems that Barr is wrong about McEntire and KFC. She clearly loves the stuff!

What do y’all think of this whole ordeal? We’d love to hear your thoughts.