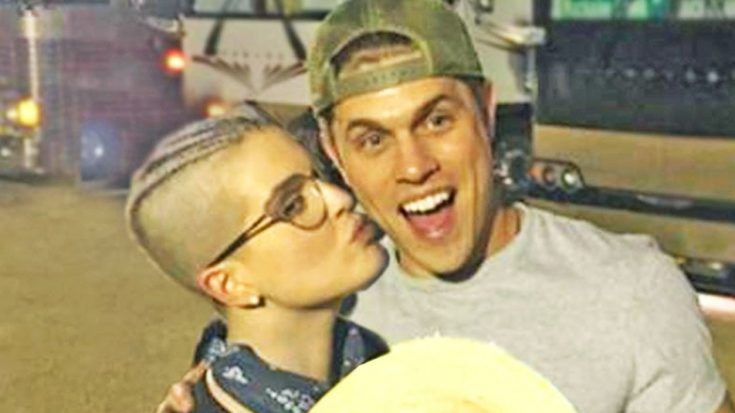 Almost an entire year ago, daughter of heavy metal rock star Ozzy Osbourne set the Internet on fire when she claimed a country star as her “boyfriend” on social media.

Reality star and Ozzy’s daughter, Kelly Osbourne, was attending the country music festival, Stagecoach, in Indio, California when she snapped a picture with country singer Dustin Lynch. She captioned the photo, “I really miss my boyfriend,” which sent fans of both celebrities in a frenzy.

Shortly after she posted this photo as well as another one of them drinking together, media outlets were releasing stories that the two had hit it off and were taking steps into becoming a couple.

Lynch took matters into his own hands and cleared up these rumors saying, “I can confirm that we’re friends”, he explained, smiling. “I can deny the rumors that we’re hooking up or dating…or pregnant.”

In an interview with CMT, he spoke about how fast rumors spread in the entertainment industry.

After this interview, the rumors died down, but they are picking up speed yet again due to Osbourne’s latest Instagram post.

“With my boo [Dustin Lynch] celebrating our first anniversary!” she captioned the clip of her and Lynch blowing out a candle on a cheesecake, which included the hashtag “#TheOddCouple”.

While many fans are sending well wishes to the “couple” of one year, there have been no confirmations for their romance, and they are most likely just trolling everyone who actually believes these silly rumors, even though Lynch himself has confirmed many times that they are just friends.