Sadie Robertson Confirmed To Be A Presenter At Big Awards Show

By Jennifer Pernicano on October 6, 2016
Advertisement 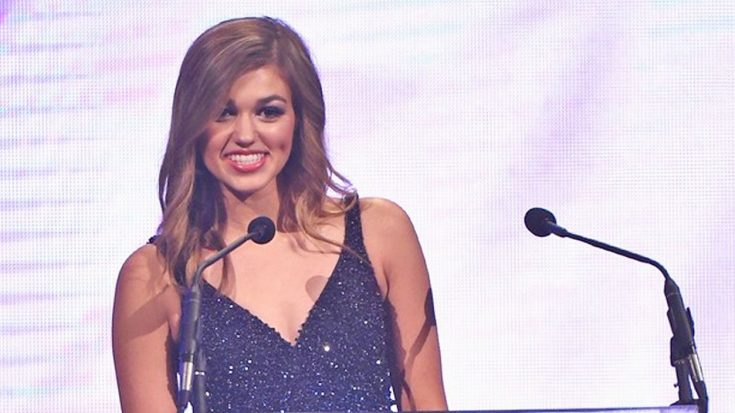 For the past few years, Sadie Robertson has been a fixture at the Dove Awards, an annual awards show recognizing the top Christian and Gospel artists. She even hosted the show in 2016 with gospel singer Erica Campbell.

The Dove Awards is put on by the Gospel Music Association and because the show is all about music, some may  be surprised by Robertson’s continued involvement.

As we all know, she is one of the stars on Duck Dynasty, which is a faith-based family show. What we don’t see on the show is that Christian music plays a huge part in Robertson’s life.

“Whenever you listen to Christian music,” she said, “it just does something inside of you. It’s so powerful and so awesome.“

She sat down with the Gospel Music Association to tell her story of how one song changed her whole life.

“The Matthew West song ‘Do Something’ had a huge impact on my life,” she said. “I think I listen to it everyday…it’s so challenging and it’s saying ‘Stop waiting for other people and you do it yourself’. And I love that.”

Because this awards show and this genre of music is so important to Robertson, she has been asked back to be a presenter at the awards show this year. Hosting duties will go to the guys from the Christian duo For King and Country.

The Dove Awards will take place on October 11 at Lipscomb University’s Allen Arena in Nashville, Tennessee. Just five days later, she will return to Allen Arena to close out her month-long Live Original Tour.